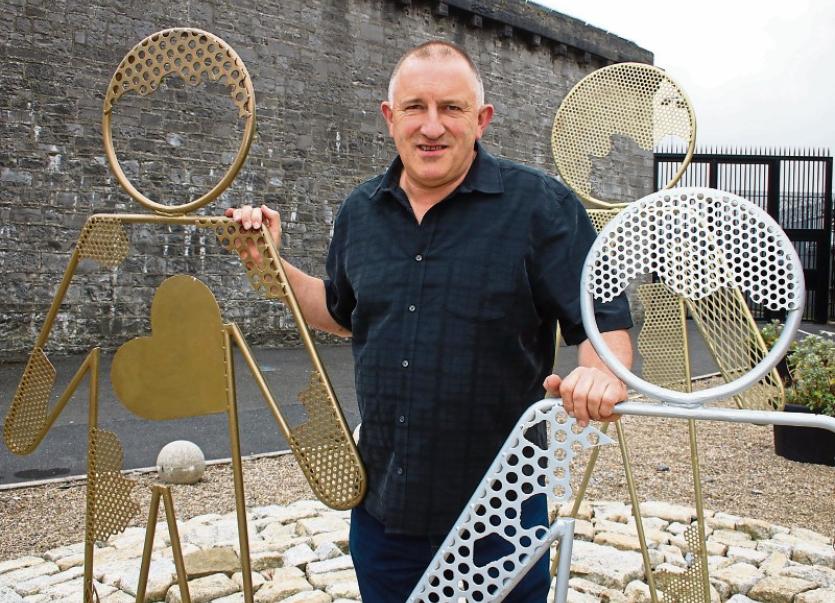 ARTWORK by prisoners from across Ireland have been put together as part of a unique exhibition curated by Limerick man Tom Shortt.

Mr Shortt, a former teacher at Scoil Carmel and high-profile councillor, took on a new role last year with the Irish Prison Service as an arts officer.

Since then, he has worked with inmates at 13 jails across Ireland to foster their creative skills.

The result is this ‘Unlock’ exhibition, which is open daily at Dublin’s Kilmainham Gaol until August 25.

“People are complex and while they are in jail for crimes they have committed, there is also an awful lot of good there. They maybe did not get a great chance in education originally. But when they are given an opportunity, they often grasp it and it turns out they have remarkable talents which have gone undeveloped for years,” Tom said.

This exhibition – which is free to visit – certainly bears this out, with the often innermost thoughts of prisoners on display as part of this exhibition.

“It’s phenomenal the amount of work going on in Irish prisons. People simply do not know about it, as it is hidden behind four walls,” he said.

Thirty pieces of arts and crafts form part of  the show – and indeed there are two pieces from inmates from Limerick’s prison system.

A large group of women prisoners worked with crafts teacher Irene Steer, contributing a square to a colourful crochet blanket.

There’s one other piece from Limerick, Tom says, a ceramic design carefully impressed onto a tile, having been put on a plaster block prior.

Tom said: “The women there are very proud of the fact their piece of work is on display in such a prestigious national venue. They are over the moon. For them, it represents something very positive in their lives. It’s an outlet for them. It’s an expression – it’s a positive situation. They are working together as a community on a project: everyone had an input into the blanket.”

It’s not just your typical oil on canvass in this exhibition – while there are many traditional paintings, there are also digital computer-based art designs, stained glass, sculpture, stone carving, and matchstick craft.

“It’s a traditional craft almost handed down from one prisoner to another. It's still alive and well,” Tom explained.

The art work in the exhibition at Kilmainham is attractive, contemporary and colourful – tinged with sadness in places, but overall very hopeful.

One of the participants in the exhibition is Eddie Cahill, the brother of art heist criminal ‘The General’ Martin Cahill.

Eddie (pictured below with Tom) swapped life behind bars to life behind the canvass, and he has produced a number of pieces. 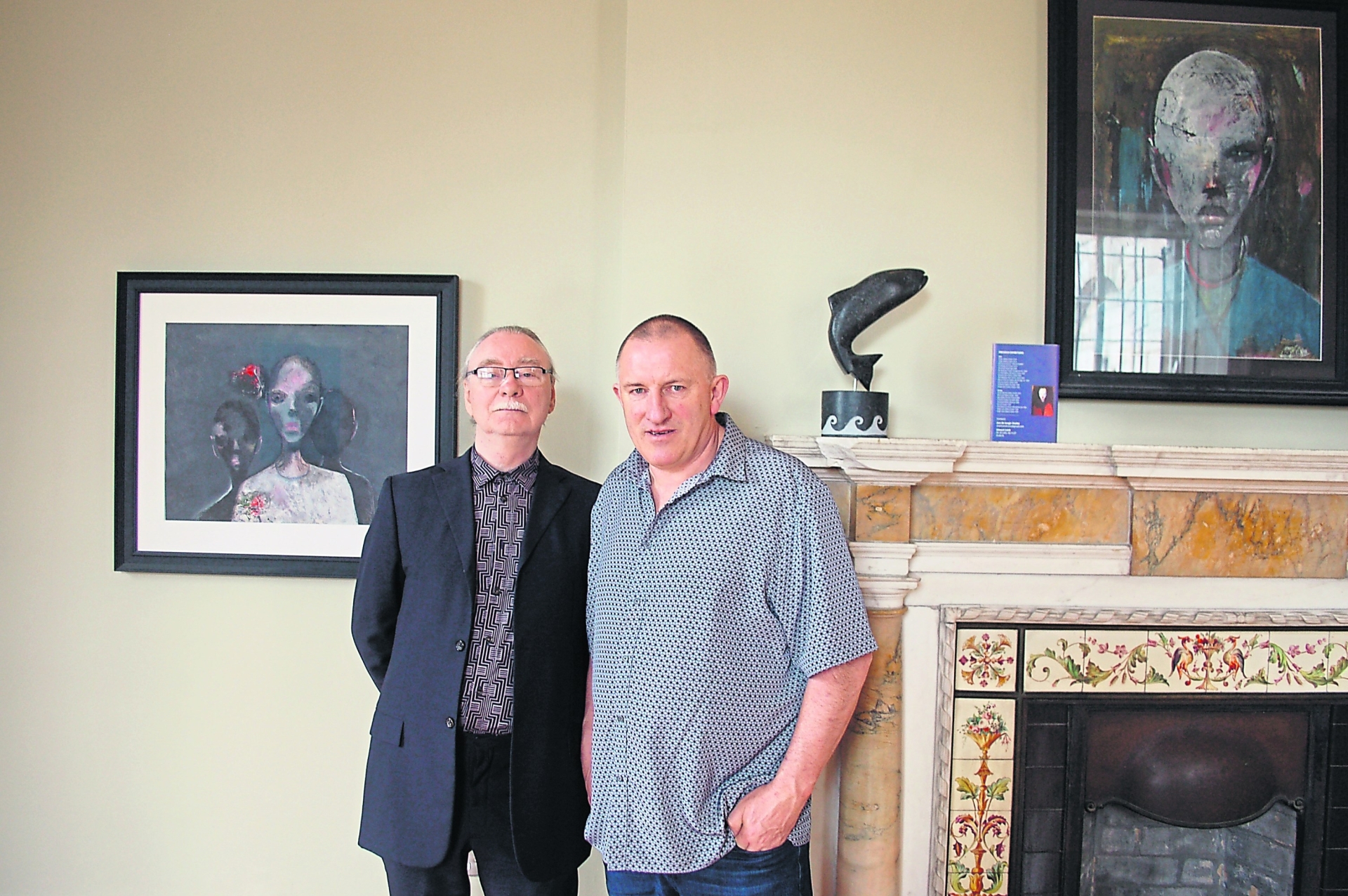 Tom calls him a “heavyweight artist”.

“His art shows the futility of feuding. The short lives of the main figures, the way only the women are left to mourn them afterwards. I think his paintings speak of the whole prison experience,” Tom said.

Many prisoners may have been “written off” in the outside world, with the prison education system offering them a second chance, he added.

“People often buy into education on the inside more than they do on the outside. The environment lends itself to focusing on things. So education works. Of course you find practical things work,” he added.

Unlock: an exhibition of contemporary art and crafts from 13 Irish prisons is open at Kilmainham Gaol until August 25.

It’s been put together by Mr Shortt, supported by the Irish Prison Service, the Arts Council, the Education and Training Boards, the Office of Public Works and the European Prison Education Association.​

Unlike entry to the main attraction, it’s free to get into the exhibition hall.

For more information, you can contact Kilmainham Gaol at 01-4535984, or visit kilmainhamgaolmuseum.ie.