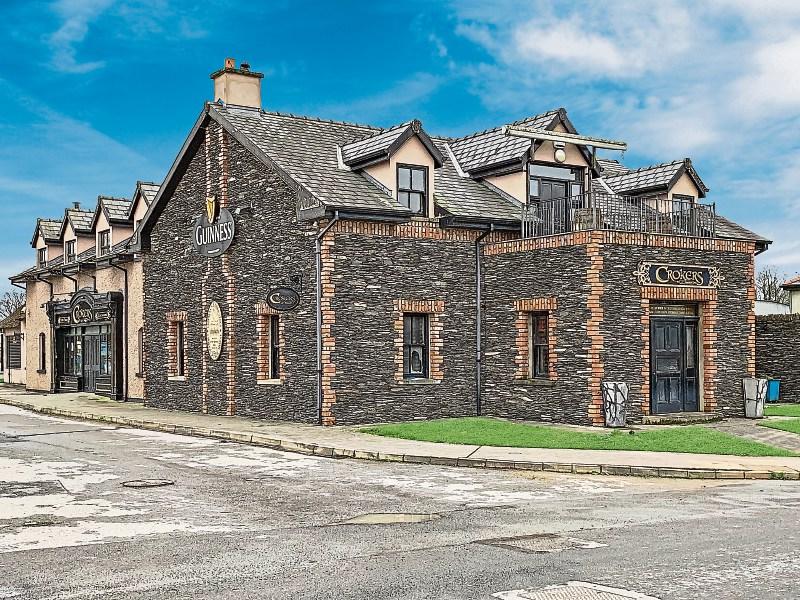 ALMOST a year after the doors of Crokers in Murroe were shut it won’t be too long before pints are pulled behind the bars again.

Formerly co-owned by Munster, Ireland and Lions rugby player Peter Clohessy, locals have been wondering what the future held for it. It closed shortly after Seamus Hickey brought the Liam MacCarthy Cup to the village last September.

Built at an estimated cost of €1.5m during the Celtic Tiger, Crokers opened in November 2007. No expense was spared as the pub and restaurant boasted open fires, wooden beams, beautiful stonework and a thatched roof.

But after it stopped trading months and months went by without a for sale sign going up outside. Locals were delighted when they saw a DNG Cusack Dunne sign erected in recent weeks.  Crokers is in receivership. DNG Cusack Dunne is acting on behalf of Grant Thornton, receivers.

“It is a fine establishment. It is almost 6,000 square feet over three levels – basement, ground and first floor. If you asked a quantity surveyor they would say €200 a foot by 6,000 to build it so you are up to €1.2m. There isn’t a direct co-relation between the construction costs and the market value so unfortunately it doesn’t always work like that,” said Mr Cusack.

However, the auctioneer does think it is “good value” at the quoted €295,000. Enquiries to date reflect that.

“I was out yesterday with a couple of people at a viewing. There are active viewings taking place. I would be confident of concluding a sale in the not too distant future. There has been good interest. The interest to date has been from people who plan to operate it themselves,” said  Mr Cusack.

There is also a kitchen, however, all the fixtures, fittings and equipment have been removed with the exception of the extraction units.

The first floor is accessed by feature mahogany stairs. It comprises a restaurant seating area with gallery overlooking the bar area. There is a balcony area off the seating area overlooking the main street. The first floor accommodation also includes a large function room with toilets. There is a dumbwaiter lift servicing the function area from the kitchen. In addition, there is a basement keg store.

Local councillor, John Egan, said he was delighted to see Crokers back on the market and looks forward to seeing it opened again soon.“It is very necessary for Murroe. I’d love to see it in action again. It is necessary. It has been a big loss,” said Cllr Egan.Since 2000 the population of Murroe has increased by an extraordinary 700%, from 464 in 2002 to over 3000 in 2016. Currently the popular Valley Inn is the only watering hole in the village. With the population growth, Crokers capabilty to cater for functions of 100 and the success of Murroe Wood Park, Cllr Egan said the pub and restaurant is very necessary.

Read also: Homeowners ‘in limbo’ over wait for action at Limerick estate