Homeowners ‘in limbo’ over wait for action at Limerick estate 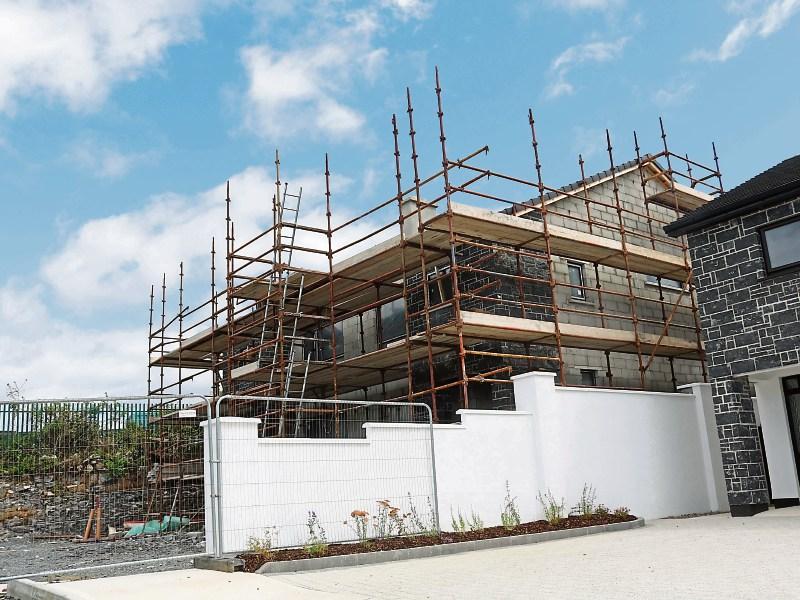 WOULD-BE residents of a new housing estate in Limerick may take legal action after they have been left waiting more than a year to move in.

Last week, the Limerick Leader revealed massive delays to the second phase of the Sli na Manach development in Mungret.

But young families are still waiting, with many of the homes in what will be a luxury housing estate, still standing as shells.

However, the developer has maintained that all homes will begin to complete shortly – with some even “closing” this week.

One man, who was expecting to move in with his wife by Easter, said: “No-one has been on site for a good few months. They accept that, they are not trying to pretend there have been people there. All I’ve been told is at some point it will be finished.

“But even if it started now, it would not be finished by Christmas. It’s almost two years since we gave in our booking deposit.”

The house-buyer, who was speaking on condition of anonymity, said he has been in contact with his solicitor about a possible legal action.

He said even if a revised date is provided, it would lessen the uncertainty around the issue.

“Please just give me a realistic time-frame. I actually don’t care if it’s 10 months away. But mentally, at least if someone says to you, nothing is going to happen for six months, so plan your lives around it, at least then you know. We had the sense we would be in before Easter. Then it got delayed, but it was still to be before the end of May. Then to be honest, after that conversation in March, we heard nothing,” he added.

Speaking to the Limerick Leader this Tuesday, Barry O’Connor, Genesis Homes said: “The only thing I’m aware of is one of the houses has closed and the second one is in the process of closing. House number three closes today or tomorrow and house number six is closing – I’ve just seen the paperwork going through.”

Earlier this week, he blamed the delay on a “paperwork bottleneck”, but now, more money has been pumped into the site, and it’s hoped that works can be caught up.

New homes in Sli na Manach – which had an average price tag of €250,000 – were snapped up quickly last year, despite the fact they had not been completed.

But those moving in have been forced to live in rented accommodation while they wait.

One newly married lady said: “At this point, we are in complete limbo. We don’t know when we are moving out. We have seen other homes we like, but we’re not in a position to do anything. I’m beyond angry.”