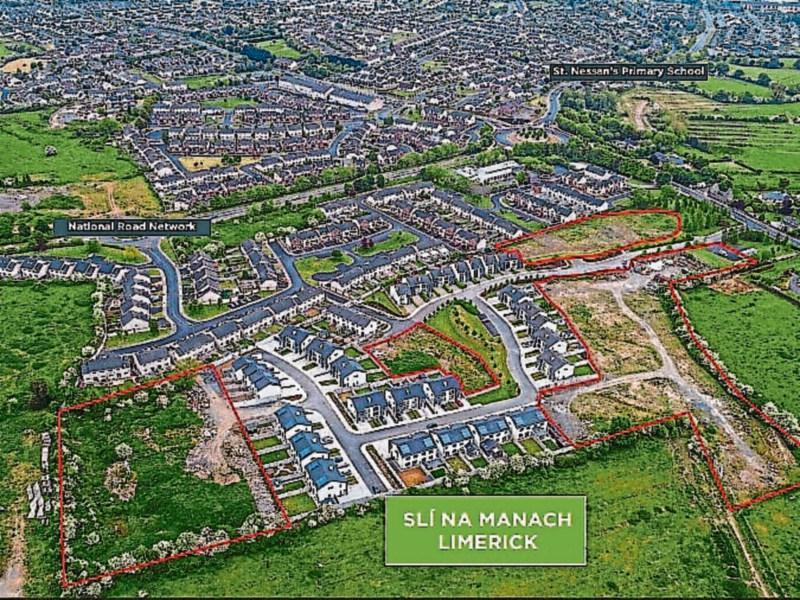 YOUNG couples who paid tens of thousands of euro to secure a home in a luxury development fear their homes may never be finished.

Eleven would-be homeowners paid deposits of up to €30,000 – including a €5,000 booking fee – to be first to live in the second phase of Sli Na Manach in Mungret.  But the site has lain idle for months, with only the frames of many homes in place.

The experience has been described as “devastating” and “stressful” by those who secured the homes, who have put their lives on hold for the time being.

But the developer has insisted the homes will begin to close in the coming weeks and months.

Brian O’Connor, Genesis Homes has blamed the delay on a “paperwork bottleneck”. “We have now, we believe resolved it. We have basically put more money into the site. We are going to catch up on what was left behind.”

New homes in Sli na Manach – which had an average price tag of €250,000 – were snapped up quickly last year, despite the fact that the houses had not been completed.

But those moving in have been forced to live in rented accommodation while they wait. One man, who was to move in with his wife, said: “We were so excited about moving in. It was a dream. Our future has been ruined. We cannot go any place else, as our deposit is tied up here.” He claimed he has not been kept informed as to why there was such a delay.

On a practical level, he added he has furniture on order, and shops are putting pressure on him to collect with no place to store them.

Another newly married lady said: “At this point, we are in complete limbo. We don’t know when we are moving out at all. We have seen other homes we like, but we are not in a position to do anything. I’m beyond angry.”

She said because of all the “to-ing and fro-ing”, their legal fees have skyrocketed.

Claire Keating, one of the original residents of Sli na Manach said: “We have been living on a building site the last decade.”