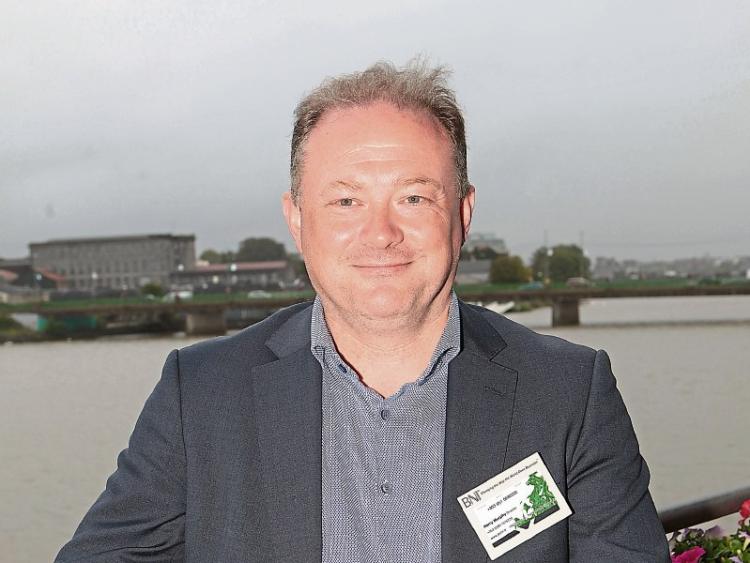 Tell us a little about GreenFire

GreenFire is a communications infrastructure solutions provider for mainly small to medium sized companies across Ireland. We provide external and internal broadband, as well as telecoms products and services to get business up and running or get operating better than they were. We are in operation for around two years, with our seven staff sharing over 100 years of telecommunications experience – a lot of this with Eircom. The company is based in Clancy’s Strand in the city, with sister offices in Dublin and Belfast.

What companies do you supply to?

We are accredited agents for a lot of retail telecommunications firms including eir, Virgin Media and Digiweb. We also provide business and enterprise level solutions from a variety of the service providers. We are Comreg approved for all the areas we operate in and we hold a licence for closed circuit television and access control. We approach customers with overall solutions. Generally it’s the connectivity (broadband Internet) first and solving that. We then sort cabling (all kinds including fibre) and complete correct terminations. Next is what you are putting onto the cabling or Internet connection. Things like the computer network equipment that links everything – network switches, firewalls and routers. The phone system, the Wifi, the CCTV and much more including boosting bad mobile signalling – we have solution for that. We don’t do PCs but we do work with IT companies & providers.

I am the manager of the business with particular emphasis on sales.

I am originally from Meath and have been living in Limerick city centre for almost 20 years. I’m lucky to be married to a Tipperary lady Gerardine. We have two children Henry, 13 and Deirdre, who is 11.

I went to St Finian’s College in Mullingar and then went to DIT in Rathmines studying business before joining the Bank of Ireland in Donegal. I finished my studies in business through Magee College in Derry, the University of Ulster.

I was in the Bank of Ireland for four years as a student officer when my Dad passed away. Whilst he was medical doctor he had interest in some retail businesses which I took over in Dublin following his death. Much of my family worked in this over a period before we sold in the mid-1990s. At this time, I went working full time for Carlton Screen Advertising, having been doing some  survey work for them as a sideline. This was a great salesman’s job as I sold the local advertisements on the cinema before films. Interestingly I was made redundant from this not because the business was doing badly but because it was doing too well. I have the great pleasure of putting ads like Empire Music onto the Omniplex cinemas in Limerick for instance. I finished on a Friday and started with Canon Ireland on the following Monday selling photocopiers and printing solutions on the northside of Dublin. In early 1999 I was head hunted by Telecom Eireann and given a choice of any location in Ireland. This was fantastic as my girlfriend, now my wife was nursing in Dublin but wanted to move back to Limerick where she originally trained. I never looked back and worked with a great bunch of people all around Ireland whilst being based in Limerick. We were the phone system guys for Telecom and were hugely successful. We did a count recently and estimate that between us we have sold over 7,000 solutions over our careers including introducing many new products and services to customers in the Mid-West and nationally. I did look to set up our business in 2014 when I decided to take a redundancy package from eir which they didn’t want to give me. At the time I was being offered jobs with a number of companies externally. Eventually I took a job with the US Telecoms manufacturer ShoreTel which is now Mitel. This was an eye opener as it was truly global in perspective.

Why did you go into business alone?

​At the end of 2016 Mitel decided to reorganise with various jobs in Britain and the continent or with subsidiaries I could do from Ireland. I decided it was time to go for it on our own – now or never. I set up GreenFire with Mitel supporting me and I became a reseller for them.

I hope we can expand the company with additional employees, possibly two more, as well as increase our customer base. Our aim is 1,000 customers in two years -  we have almost 400 now. I also hope to expand our reach across Ireland and into Northern Ireland and potentially Britain. Ideally, we would like to get to a turnover figure of €5m in five years..

In business and life, who do you look up to?

JP McManus and his colleagues. I’d also admire Michael O’Leary. They are not afraid to try an idea or a business as long as you have done your research.

Give the benefit of the doubt and treat others how you would like to be treated yourself. Don’t be afraid to try things. GreenFire’s motto is to light a fire under communications in Ireland: get the best and improve on it for customers.,

Family is most important. I’m a long time Munster season supporter but generally am a fan of most sports. I like swimming and do a little running, cycling, golf and am now looking at rowing as my son has recently joined St Michael’s Rowing Club.