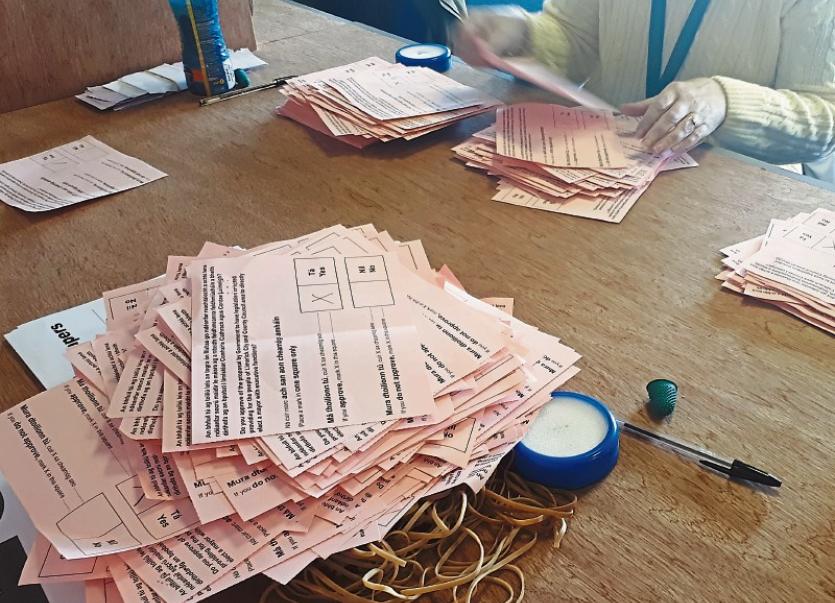 Counting of the mayoral plebiscite votes in May

COUNCILLORS have agreed to hold a special meeting to discuss the issue of a directly elected mayor for Limerick.

The proposal came from the council’s longest-serving councillor, Kevin Sheahan who also wants the Minister for Housing, Planning and Local Government, Eoghan Murphy to attend.  However, he insisted: “I will not have the meeting subject to the minister’s availability.”

Limerick voters supported the proposal for a directly elected Mayor in May, and will have the chance to elect the Mayor before May 2021.

“It is a very serious issue for this city and this county,” Cllr Sheahan said. But, he added: “There is no movement whatsoever to allow us at local level to express our views. I want an open, honest debate and discussion on it.”

Fine Gael’s Cllr Olivia O’ Sullivan said Cllr Sheahan was jumping ahead of the process. “There is an implementation advisory committee to be set up,” she pointed out.

“It was a democratic decision taken by the people of Limerick and we are proposing to debate it to what purpose?” Cllr Daniel Butler demanded.

It was a “hugely important position” Cllr Emmet O’Brien said, yet  elected councillors “still know absolutely nothing about something that has serious consequences for this council.”