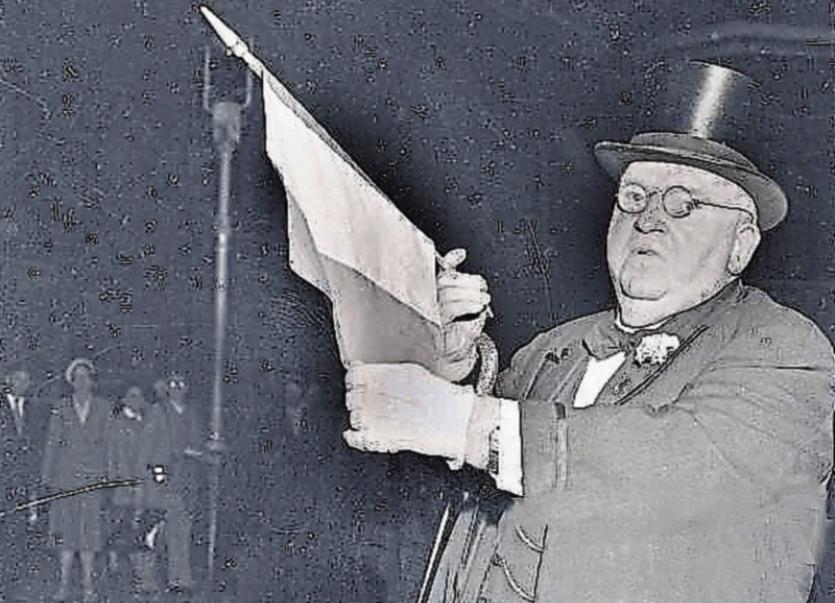 John J Hanley, the so called Baron of Broadway made his fortune during the Prohibition in the US

THE colourful and eventful life-story of a West Limerick man who made it big in New York is the focus of a new radio documentary to be broadcast on RTE this weekend.

Called The Baron of Broadway, it traces the life of John J Hanley, who was born near Strand, a few miles from Newcastle West.

But in the early 1900s, John took off for  New York City where Prohibition, a ban on the sale and distribution of alcoholic liquor was soon to be put into law. John saw  an opening that would make him rich and opened up a speakeasy that sold bootleg booze. He survived brushes with the law, racketeers, the Wall Street Crash, the Great Depression and emerged a very rich man.

During the ‘Roaring Twenties’  John, who was  short in stature but round in girth, became known as  The Baron of Broadway, a moniker he would cultivate for the remainder of his eccentric and colourful life.

John J Hanley ,who would later be known as Baron Hanley, was born into humble beginnings near the village of Strand just outside Newcastle West in County Limerick. But he quickly developed wanderlust and in the early 1900’s arrived in New York City. Prohibition, a ban on the sale and distribution of alcoholic liquor was soon to be put into law. John Hanley saw an opening that would make him rich and opened up a speakeasy that sold bootleg booze. He survived brushes with the law, racketeers, the Wall Street Crash, the Great Depression and emerged a very rich man.

John, later known as Baron Hanley, was rarely seen without his signature diamond tipped walking cane and a silk hat. No one ever saw him behind the steering wheel of a motor vehicle yet he was obsessed with cars. In one newspaper item he boasted having a stable-full of Pontiacs and Packards, each with its own chauffeur.

Another of the Baron’s obsessions was the cause of Irish reunification. From the 1920’s up until the mid-1950’s he was a regular visitor to Ireland. On each occasion he shipped over one of his luxury automobiles and, on landing, recruited a chauffeur for the duration of his stay.

In the 1940’s American based organisations such as The United Irish Counties Society began highlighting what they believed was the plight of a divided Ireland. Their anti-partition campaign hoped to embarrass Britain into allowing the re-establishment of a thirty-two county republic. Baron Hanley, a prominent member of this organisation, was an ideal candidate to participate in the ‘embarrassment’ drive. He began painting his big motorcars in green, white and orange, painting shamrocks on the doors and flying both the Papal and Irish flags from the bonnet.

On several  occasions he crossed the border between the Republic and Northern Ireland and announced himself in both Belfast and Stormont as a potential purchaser for the six counties . Over the years his offer is reported to have varied between $6m and $32m US dollars. None of his offers were taken seriously by the authorities. However in September of 1955 his impatience got the better of him and The Baron of Broadway called his chauffeur and ordered that he go directly to Britain. They would take their offer to the steps of No10 Downing Street and make the British Prime Minister an offer that he could surely never refuse.

To hear this fascinating story, and more, tune into RTE Radio 1 after the news headlines at 1pm this Saturday. The documentary, produced by Joe Kearney and Liam O’Brien, will be repeated at 7pm on Sunday.