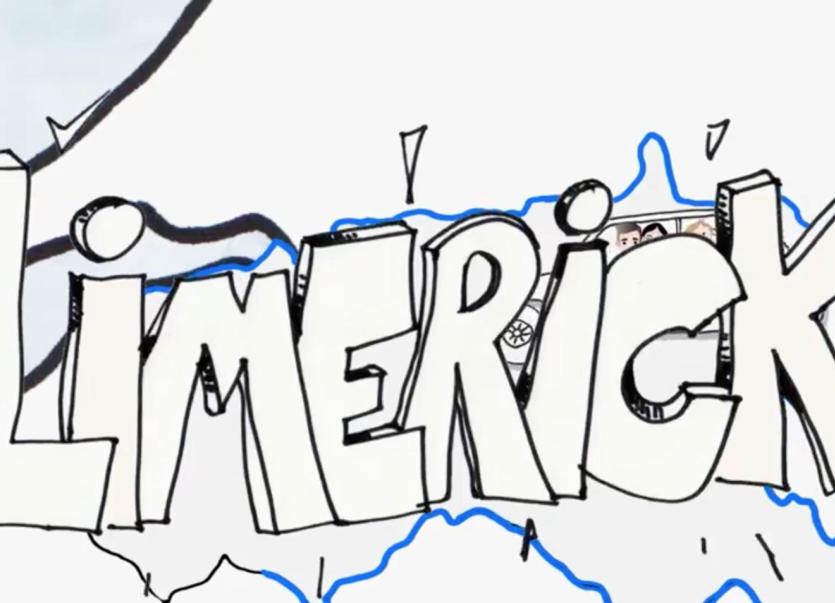 LIMERICK City and County Council has teamed up with former TV3 hosts as part of a new online travel series, which features a spotlight on Limerick's tourism attractions.

Ciara & Jon's Road Trip Reality, led by former hosts of TV3's The Holiday Show, Ciara Whelan and Jon Slattery was launched on travel and lifestyle platform, Shiny Day TV, which has over 67,000 views on its YouTube and 574 subscribers.

A preview of their Limerick episode on Facebook garnered over 108,000 views.

In their first episode on Limerick, they will explore the Treaty City and County's well-known and hidden gems.

In the first episode, Ciara and Jon travel to Limerick city and experience the sights that the city has to offer, including King John’s Castle and the Thomond Park Museum. Each episode showcases aerial images of the landscape where they visit.

The family also visit Limerick’s famous Milk Market, the Dreamland Fun Centre in Rhebogue and discover Lough Gur and its famous Stone Circle while exploring the ancient site’s enchanted Fairy Trail.  They also take in a family kayaking trip on the River Shannon with Nevsail and discover Bunratty Castle and Folk Park.

Host, Jon Slattery, of Trilogy Media, said: "We’re really excited about our Limerick travel series for Ciara & Jon’s Road Trip Reality, and we had such fun experiencing the city and county as a family! We had such a fun time in Limerick and we’re thrilled with the figures who have already watched the first episode across social media on YouTube, Instagram and Facebook.

"We’re looking forward to taking viewers along on our adventures for the rest of our Limerick feature which profiles the city and county as the Gateway to the Wild Atlantic Way, we certainly had a fantastic experience as a family.”

Limerick City and County Council head of marketing and communications, Laura Ryan said that Limerick.ie will feature and promote all of the series to help people planning their trips to Limerick this year:

“We have a great online and hugely popular resource in Limerick.ie which features a wealth of information about things to do in Limerick this Summer, which is particularly useful for families planning short summer breaks. This is a new medium for users to browse what’s on offer and it’s great to see such engagement from the public online.”