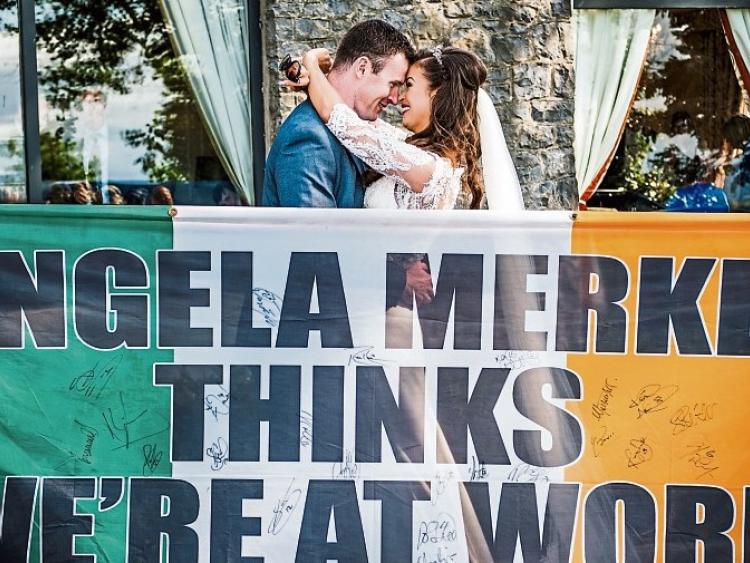 THE COUNTY Limerick man who captured the German nation’s hearts with a cheeky flag has now captured the heart of a German girl.

Richie Tuohy, from Dromkeen, married stunning bride Orlagh Eichholz in Cappawhite on Friday. The happy couple celebrated with family and friends afterwards at The Inn in Dromoland. They even received a congratulatory letter and signed photograph from the world’s most powerful woman – German chancellor Angela Merkel. 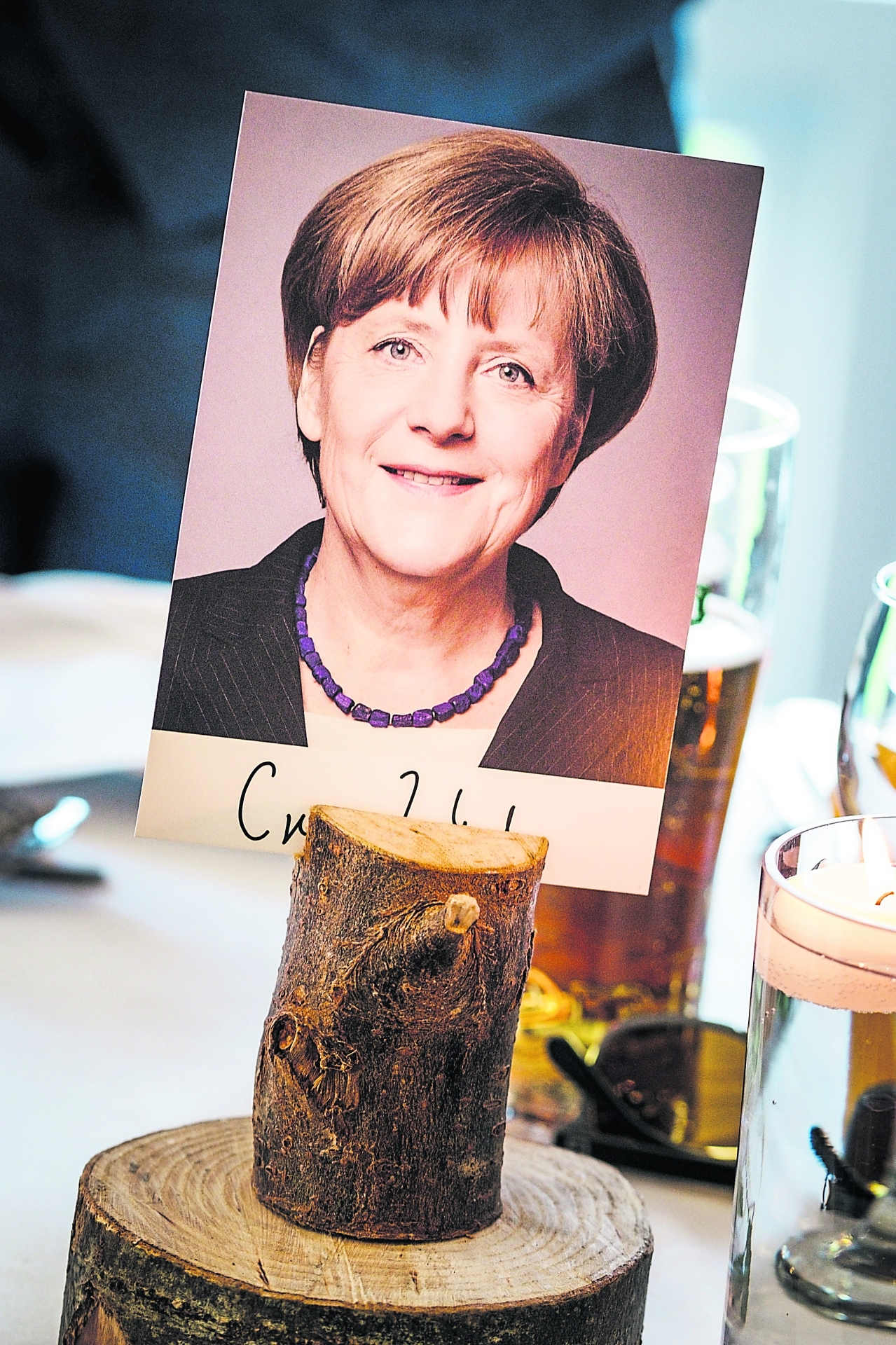 At the European Football Championships in 2012 Richie and his friends made headlines around the world due to their Irish flag with the slogan Angela Merkel Thinks We’re at Work. Remember this was in the years after the financial crash and subsequent bail-out.

Orlagh's dad got in touch with Angela Merkel’s office six months ago - they knew nothing about this of course. He actually invited her to the wedding.

They can begin to put in practice Angela Merkel’s words of advice which include: “Marriage, like life itself, is not a comfortable and peaceful state, but a great adventure with many surprises and trials to pass.”

While the Irish team flopped, Richie and friends Eoin O’Brien, Cappamore; Conor O’Dwyer, Pallasgreen; Eoin Cantwell, Thurles and Richie Leahy, Galway were on the front cover of every newspaper. And in a lovely twist of fate Richie met and fell in love with a German girl in 2012 but not at the Euros.

“We actually met in Tipperary Town on St Stephen’s night. Orlagh’s dad, Jorg, is from Germany, her mum, Libby, is from Doon and she cheers for Tipp! She was born in Germany but moved to Doon when she was five,” said Richie, whose parents are Tony and Esther.

While the Merkel crew sold the flag for charity a couple of years ago Richie got a loan of it for the wedding.

Despite Richie’s face being everywhere for weeks Orlagh didn’t recognise him on that first night in 2012.​

“I remember the flag being in the media and being all over social media. Then some of the girls were sending me links that this is the man that you were after meeting. I was like 'stop the lights'. What are the chances, me being German and him being one of the flag lads?” laughed Orlagh, aged 29.

Love blossomed and Fr Pat Coffey, former curate in Doon, was the celebrant at their wedding Mass in Cappawhite Church on Friday. Richie’s twin brother Pat was his bestman while Orlagh’s sister Ciara was her chief bridesmaid. 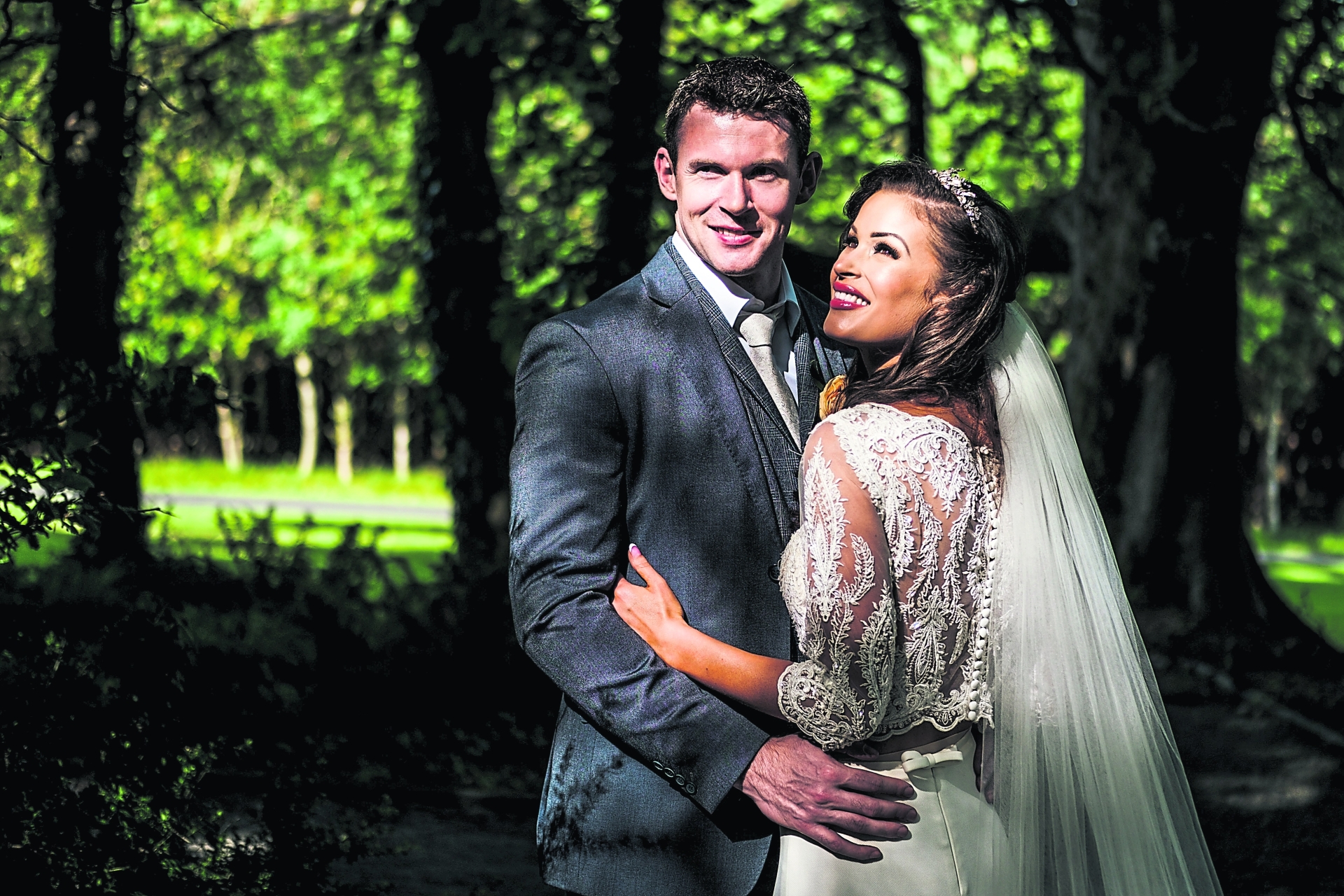 After posing for photographs with the Merkel flag, Orlagh’s dad, Jorg, had a surprise for the couple.

“Orlagh's dad got in touch with Angela Merkel’s office six months ago - we knew nothing about this of course. He actually invited her to the wedding. Obviously he knew she wouldnt come. He thought nothing would come back but he got a reply about three months ago. It’s a full letter and a signed photograph. It went down well in the room. To see her name on the headed paper, it’s not something you see everyday. It was lovely,” said Richie, who is an engineer with H&MV in Castletroy.

“It was hilarious. I don’t know how he kept it so quiet. His speech went down a treat. You couldn’t hear a pin drop, everyone loved it,” said Orlagh. 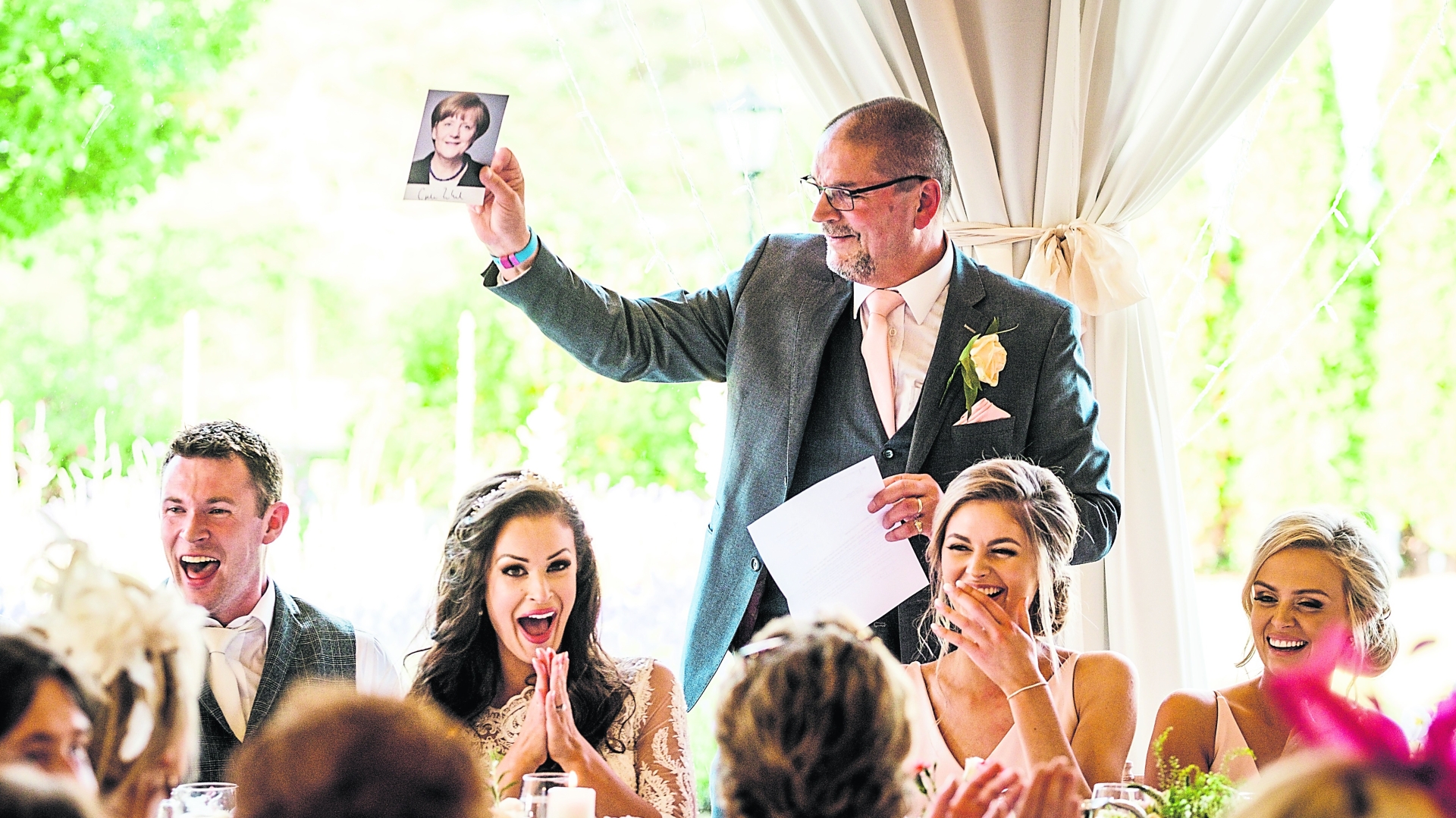 The couple enjoyed a few days in Killarney on their mini-moon before they fly to Las Vegas and the Bahamas.

“The German chancellor wished them luck and success in the future “so that you can realise many of your plans but in particular you can enjoy cohesion and understanding, even in difficult times.”

Are Richie’s days of heading off to football tournaments with the Merkel flag over now?

“No, I'll have to bring Orlagh with me now the next time!” he smiled.