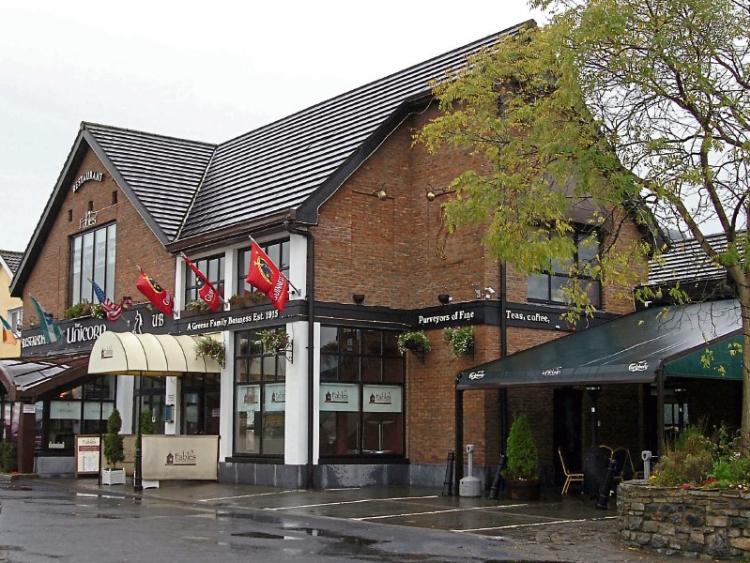 THE “ARTISTS” behind graffiti tagged along the boundary fencing of a popular Limerick city restaurant may be disappointed to see that their work has received poor ratings, according to a local resident’s objection to a nearby development.

Limerick City and County Council gave the Unicorn Bar and Restaurant, Dooradoyle, its third consecutive green light for a three-year extension for a temporary car park.

The car park first received the council’s stamp of approval in 2013, followed by a second extension in 2016. But before being approved earlier this month, two Fr Russell Road residents submitted a joint-objection to the council, calling for the 30 temporary spaces to not go ahead.

In a hand-written objection, one of the residents said to grant permission a third time would be “unreasonable for the simple reason it would redefine the meaning of the word temporary, as the elapsed time would total ten years!”

The resident also was critical of the maintenance, among other issues, of the site over the past six years.

“The site has not been maintained to even a reasonable degree of cleanliness in that local graffiti ‘artists’ have decorated the boundary fencing to their low standard — Banksy (famous graffiti artist) it is not,” the resident wrote.

Responding to the submission, AK Planning & Development Ltd, on behalf of the Unicorn, said that the applicant “acknowledges the concerns expressed and notes that the issues raised are largely related to housekeeping that has heretofore not been to an acceptable standard owing to the temporary nature of the boundary treatment”.

The planning department’s report noted that the first application in 2013 was appealed by a third party to An Bord Pleanala, which later granted temporary permission for the proposed car park. The report stated that the applicant proposed the construction of a hotel in 2011, but noted that it is “no longer feasible” following an extension of duration three years ago.

The council report stated that the applicant “has since engaged in a number of pre-planning’s for the development of this site which includes for high-density residential development”.

Recommending that the temporary car parking be approved, the department noted that issues surrounding works on boundaries will be resolved within six months of permission being granted.