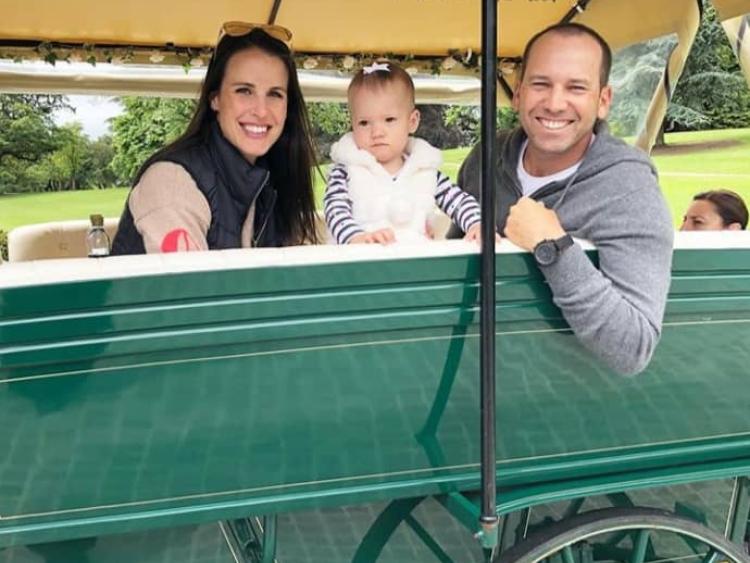 ADARE Manor Golf Course was graced with a number of famous faces over the weekend.

Sergio Garcia and his wife Angela enjoyed the good weather while exploring the grounds of Adares most luxurious hotel.

“Thanks (to) The Adare Manor for a wonderful week! The staff is amazing, the food incredible and we really didn’t want to leave. Big shout out to Tiny the owl for making our little girl’s day! And yes, several apples were harmed during our archery shooting experience. Can’t wait to go back!,” said Angela.

Sergio García Fernández is a Spanish professional golfer who plays on both the PGA Tour and the European Tour. García has won 31 international tournaments as a professional, most notably the 2008 Players Championship and the 2017 Masters Tournament.

The Spanish golfer married his fiancee Angela Akins after the 2017 Open Championship at Royal Birkdale.

Rahm was the number one golfer in the World Amateur Golf Ranking for a record 60 weeks and was the low amateur at the 2016 U.S. Open, after which he turned professional.