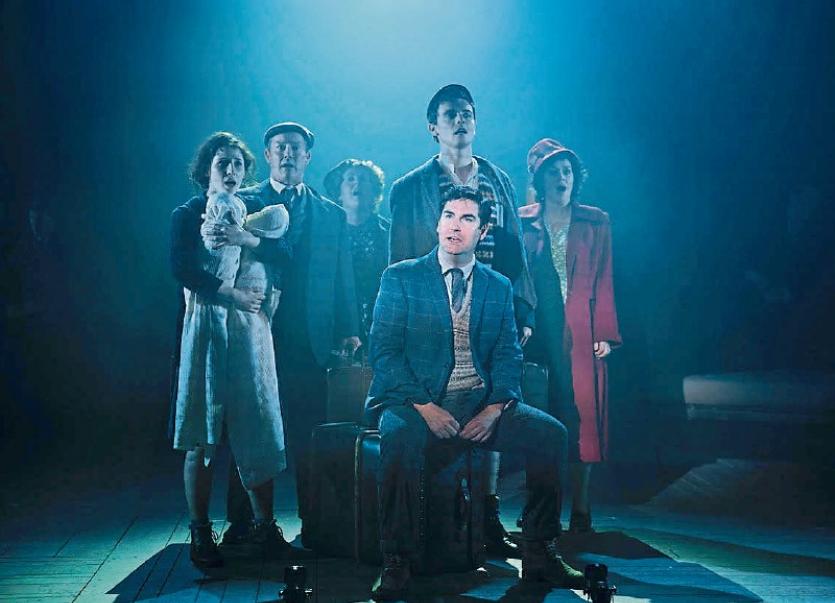 Cast members of the musical which plays in the Lime Tree

HE has performed the works of Sondheim and starred in a musical about the nightclub Copperface Jacks, but the one show that gets to actor Eoin Cannon on an emotional level is Angela’s Ashes.

Taking time out of rehearsals to speak to the Limerick Leader, Cannon recalled the 2017 run.

”We didn’t really know what the show would be until we put it on stage at the Lime Tree, I just remember that reaction from the audience and myself of this ownership we had over this telling of the story and how it affected everyone in the room.

“There’s a moment at the end of every show where myself and Jacinta (Whyte) are on stage, it’s an emotional moment of saying goodbye before heading to America, and having gone through that musical journey there’s no acting needed to cry, we were just in this crying mess, staring at each other, while Jacinta was belting out this beautiful song. I will never forget the realness of that moment,” he fondly recalled.

Cannon, however, is on his guard to make sure that the second time round is just as good as the first – as is often the case in the industry, it’s hard to improve on what made the original so great.

”With the first one we didn’t really feel there was anything wrong, but this time around I feel like we don’t need to recreate that; that’s the nature of the beast. This version will be told differently with new cast members, with new energy and chemistry. I don’t want to get too locked into what was done before.

”It needs to be organic, it needs to tell the story of the people on the stage as opposed to what was written down on the page.

“The odd thing for me is jumping between being the different Franks, being Frank the teenager, Frank the adult, but reading the book really cleared it up for me – Frank wrote it from the eyes of the child, and the film didn’t do that reality justice.”

Learning a monologue is one thing, but is it easier than learning choreography for the musical numbers?

The show runs from Thursday, July 18, until Saturday, July 27, at the Lime Tree Theatre and tickets are available on www.limetreetheatre.ie

Read also: A strong and varied line-up for Summer Fest in Limerick village over weekend