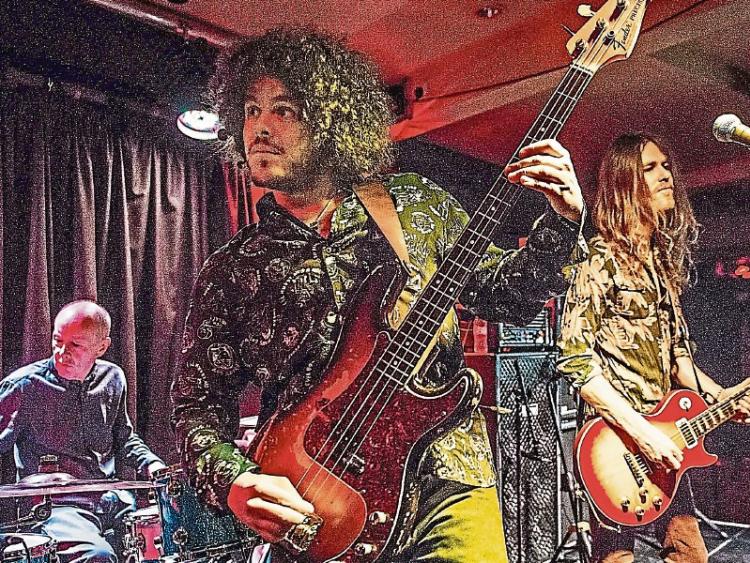 Alive and Dangerous is the headline act at Broadford Summer Fest

THE festival marquee will be back in action in  Broadford this month when the Summer Festival takes place, running over  four days and nights starting next Thursday.

And the line-up promises to make this yet another cracking festival.

But, stressed Mary Lee Geary, festival committee secretary, the festival is not just a fundraiser for the local, community creche, Lios na Sí, although it does provide vital support for the facility.

“It is very much a community event and people across all ages have bought into it,” she said.

Dr Maura O’Donnell, who is also on the organising committee, said the Summer Festival began life in 2007 as a Horse and Pony Show but has since evolved to cater for a broader spectrum of the community. A key decision came three years ago, when the organisers incorporated an on-site marquee and invited big acts such as Hermitage Green and Riptide Movement to perform.

This year’s headline act is Alive and Dangerous, the band headed up by drummer Brian Downey of Thin Lizzy fame. Thin Lizzy fans from the past and present are certain to enjoy the gig where the supporting act is local band The Shambollixes.

This is all happening on Friday, July 12.

The opening night on Thursday, July 11, will feature Bernard Casey. one of Ireland’s leading comedy stars. With over 50,000 online followers,  Bernard has clocked up over six million online views of videos such as the Polish/Irish Barman and his hugely popular character the Local Gossip. He has performed at Electric Picnic, at Dolan’s Warehouse and has supported Jason Byrne, Apres Match and Tommy Tiernan.

Back by popular demand on Saturday night  is accordion virtuoso Liam O’Connor, the man with the fastest accordion fingers in Ireland. Liam is from across the border in Newmarket but his musical career has taken him around the world with Lord of the Dance. The Liam O’Connor Show has been described as a blast of musical energy and a spectacular explosion of music, song and dance, rooted in the Irish music tradition.  “His show last year was brilliant,” Ms Lee Geary said.

Saturday is a day for children with fun at the creche for the little ones, as well as a colour run and mini-disco in the festival field with all sorts of other free attractions.

The main event on Sunday will be the Broadford Races, which kick off at 1.30. Billed as a family day out, there will be fun and entertainment for children, a dog show in the morning and plenty of market stalls.  The races will be followed by first-class entertainment, in the marquee, featuring the Comic Book Heroes, a Tralee band which plays a mix of waltzes, ceili, rock ‘n roll, country and 1950s jiving music.

Tickets for the night-time events cost €20 with a weekend ticket costing €50.

Read also: Here's how to get involved in Limerick's 2019 Culture Night