Tourists can take a tipple from Treaty taps in Limerick 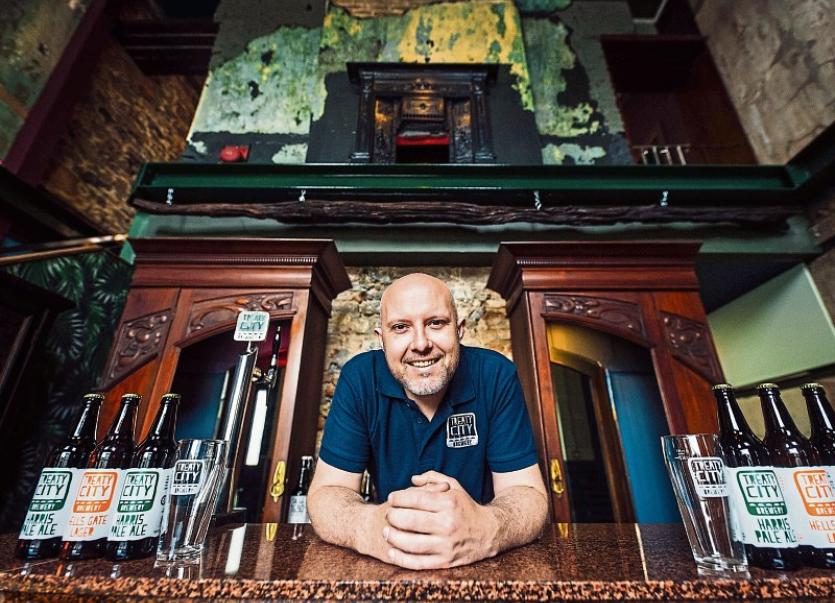 A MICRO-brewery in the heart of Limerick’s Medieval Quarter has become the first premises in the country to be granted a producer’s retail licence.

The licence will allow Conradh Brewing Company Limited – which trades as Treaty City Brewery - the Ultimate Craft Beer Experience – to sell its products to customers who have completed a guided tour of its recently-opened premises at Nicholas Street.

The micro-brewery which opened last month is open six days a week with 45-minute tours running regularly each day.

Making a court application under the provisions of the Intoxicating Liquor (Breweries and Distillers) Act 2018, barrister Jack Nicholas confirmed his client was entitled to seek such a licence and that there was no objection from gardai or Revenue subject to the installation of CCTV.

He said the premises will be the first in the country to have been granted such a licence.

An architect confirmed the premises is suitable to be licenced and that it is “totally compliant” with planning regulations.

Stephen Cunneen, the company’s managing director, told Judge Tom O’Donnell that alcohol will “only be available to those who have completed the tour”.

The local beer company has leased 24 and 25 Nicholas Street from Limerick City and County Council as part of the local authority’s strategy to revitalise the thoroughfare while preserving the built heritage in the area.

Through the craft brewing experience, visitors will discover Treaty City Brewery’s hands-on brewing approach while also learning about the history of the building and brewing in Limerick which dates back to the 1700’s.

Having granted the application, Judge O’Donnell told Mr Cunneen: “I wish you well with the experience”.

The producer’s licence will allow the sale of Treaty City products to those who have completed a tour of the brewery at Nicholas Street between 10am and 7pm every day except Christmas Day.