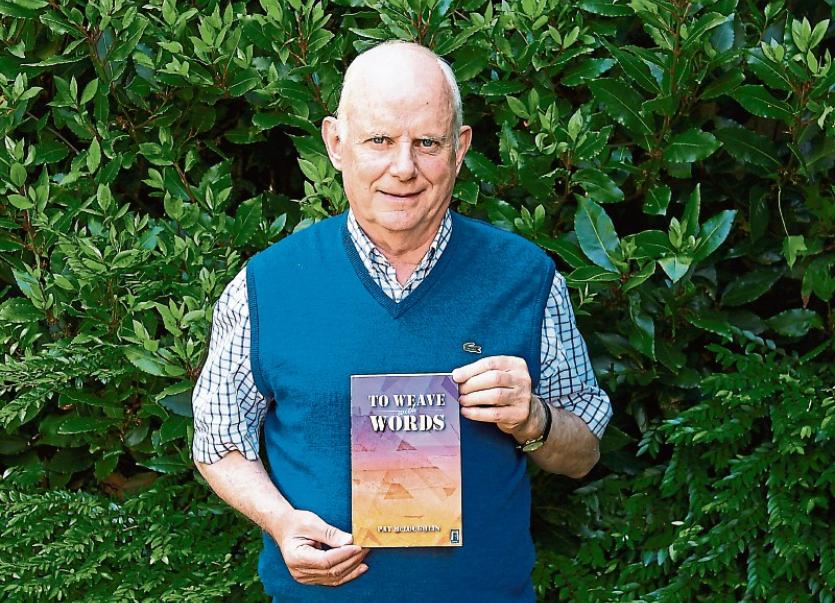 A YEAR almost to the day since he published his first collection of short stories, Newcastle West writer Pat McLoughlin is launching a second collection, called From head to tale.

And Pat plans to be back in the Longcourt House Hotel on Friday, June 28 for the launch.

“I am a bit more relaxed about this one,” Pat said this week as he was making final preparations for the launch. Last year, he admitted, he was a bit nervous, and just hours before the launch was asking himself: what am I doing.”

But he has been hugely encouraged by the success of his first collection, To Weave with Words which was a big success with two sell-out print-runs.

“What encouraged me was the reaction of people to the first collection,” he said. “People were stopping me in the street, people were emailing me, people were ringing me.”

“What tempted me to go again was that people kept asking me when is the next one coming out. That was the push I needed,” he added.

“I was always interested in writing but it wasn’t until I retired that I started putting things down on paper,” Pat explained. He attended a number of creative writing courses run by the Limerick Writers Centre which proved decisive in, both whetting his appetite and helping to hone his skill as well as propelling him into print.

“I am not writing for fame and fortune. I try and write the stories with honesty and compassion,” he told the Limerick Leader last year. “ I like to use dialogue and I like conversational tone in writing. That is what attracts me and I try to do that.”

The new collection From head to tale continues in that vein, bringing on to the page people and situations that are familiar to the reader and written in a very accessible way. It is being published, once again, by the Limerick Writers Centre and any profits will go to Friends of St Ita’s in Newcastle West as was the case with the first collection.

The launch will take place at 7.30pm on Friday, June 28 in the Longcourt House Hotel where light refreshments will be served. “No invitation is needed and I would be delighted if people could make it along,” Pat said.