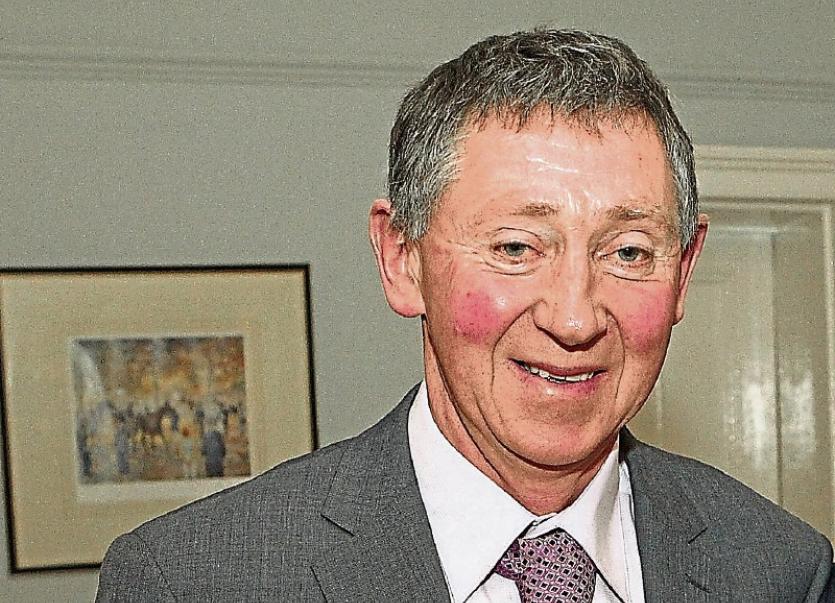 SIX COUNTY Limerick directors on the board of Kerry Co-op have issued a statement to Farm Leader ahead of the crucial vote on the cash for shares scheme.

The AGM takes place in the Brandon Hotel, Tralee, on Wednesday, June 19. The statement reads: “We the undersigned being directors of Kerry Co-op representing east Limerick, west Limerick and the dairies would encourage all A and B shareholders to turn up and vote for the proposed share redemption scheme at the co-op AGM to be held on Wednesday, June 19, at noon in the Brandon Hotel, Tralee.

“We acknowledge that this scheme may not suit everyone at this point but it is a first step in letting shareholders redeem cash from their shares. The scheme is voluntary which means that shareholders can choose to cash or keep all or part of their shareholding in Kerry Co-op.

“We, the directors, take very seriously our responsibilities. We have got advice from top financial and legal firms in Ireland. We also advise that people get the best legal advice that they can. We can only deal in facts unlike others who seem to deal in fantasy.”

Kerry Co-op has 13,500 shareholders and owns an estimated €2.5bn worth of shares in Kerry Group PLC.

“This is a voluntary initiative and is the direct result of calls in recent years from our members to address the ongoing liquidity issues in their shareholdings and to remove the restriction on the requirement of the Co-op to hold a 10% shareholding in Kerry Group PLC. It is also the first option being considered by the Co-op as we look at a range of measures to enable our members to obtain the true value of their equity.

“For members to consider this voluntary initiative, it first requires a number of rule changes to be voted upon at our AGM. I therefore find the level of blatant mistruths by opposing elements as grossly irresponsible.”

Mr Hayes said the board has been “absolutely open from the outset”.

“This is a voluntary scheme. It is grounded by the best professional advice available to the board. It is currently the best option open to members. As the scheme is deemed a distribution by Revenue, it is therefore subject to income tax as opposed to Capital Gains Tax and for that reason, we have been clear at all times that it will not suit all members, however, it also represents a real opportunity for a considerable amount of members.

“For all these reasons, we urge members, who will hopefully get the chance to consider this scheme, to consider it carefully and seek professional financial and taxation advice. I would seek that professional, independent advice, with the emphasis being on the words ‘independent’ and ‘professional’.”

In conclusion, Mr Hayes said: “To date, we have received considerable interest in the scheme, which is encouraging, and we are quietly confident that the scheme will be approved at our forthcoming AGM. This is the first of a number of steps to address the liquidity issues facing our members.”

However, Dave Scannell, who has been vocal throughout, opposes it. He urges farmers to oppose the scheme.

The dairy farmer with a farm in Listowel and in Ardagh said in the past “we were all part of the Kerry family - the farmers, shareholders, Co-op and PLC”.

“We worked together for a common purpose. The objectives were to build a business, increase shareholder value, provide liquidity and enhance the position of milk suppliers. We all understood how it worked. Stan McCarthy and a world renowned team looked after our investment and liquidity was provided through regular share conversions.

“This is no longer the case. Kerry Group’s management team are no longer looking after our investment at Kerry Co-op. They have no involvement whatsoever in Kerry Co-op anymore,” said Mr Scannell.

He said the chairman and secretary of Kerry Co-op have said that this scheme is not for everyone.

“The proposals before us do not have the support of all the board and have divided the shareholders.

“The board have the power to run this scheme and have said that they will. We are not opposed to any member benefiting from the scheme but feel everyone should get the full value, 6.12 PLC shares rather than 5.9. This redemption scheme will not achieve 701 status.

“If the scheme was tweaked, for example, to offer an enhanced price for the first 100 shares and make it time limited and an additional scheme were introduced which was subject to Capital Gains Tax rather than income tax 701 could be achieved.

“The question we are voting on is not whether we introduce this scheme as the board have the power to operate the scheme and say they will. The effect of approving the motions is to write the scheme, which does not give shareholders full value and is subject to income tax, into the rules as the only and permanent liquidity option.

“In rejecting the motions shareholders are saying to Kerry Co-op that we want another option made available which is fairer, more equitable and more tax efficient.”

Mr Scannell concluded by saying: “If you have any doubts you should vote no at the AGM”. Just like the elections the most important thing is to come out and vote. There is no point giving out wither way after the fact.