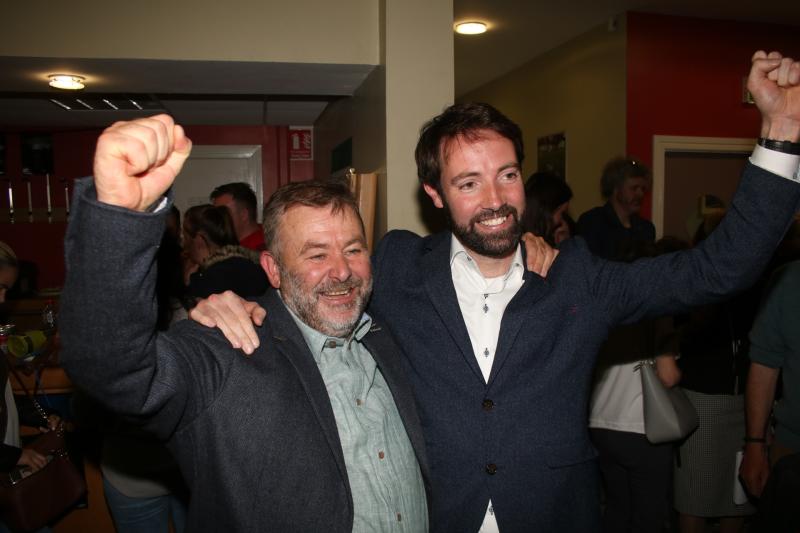 SUSTAINABLE living and a proper transport system will form part of the agenda for the first ever Green Party councillors elected to Limerick City and County Council, according to newly elected Seán Hartigan.

Cllr Hartigan made history this Sunday evening as he was elected the first ever Green Party candidate to represent Limerick City East.

His election came within minutes of Brian Leddin becoming the first ever Green Party candidate to join the council.

“It's a historic day, I am absolutely delighted,” cllr Hartigan said.

“It took an enormous amount of work and I had great help. My brother Shane O’Brien, a Castleconnell man, came out knocking on doors with me last February.”

“We have been at it none stop ever since.”

“Everybody has helped me out fantastically. The people of City East believed in me. Hundreds of people put their number beside my name and I want to thank them.”

“Proper planning” is to form a key feature of the Green’s council agenda, he added.

“Proper planning that will bring about social change as well as environmental change.”

“We are going to bring a proper transport system, and a fairer and more honest society. We are going to share with people instead of taking and giving to a few.”

“People realise through the media that climate change is a massive issue,” cllr Hartigan said.