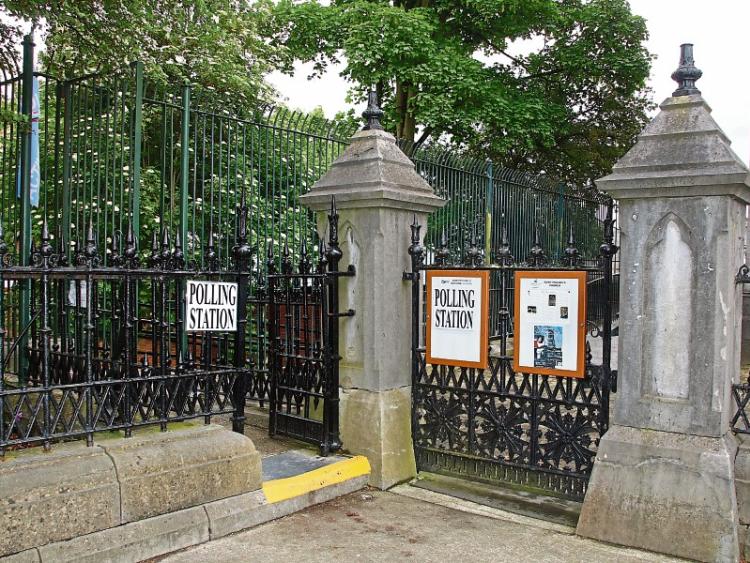 Gardai were deployed to the St Michael's National School polling station in the city this morning PICTURE: ADRIAN BUTLER

GARDAI were called to a polling station in Limerick City this morning after receiving a complaint that a candidate had broken electoral rules by canvassing voters inside the exclusion zone.

Voting is well under way now in the elections for the council and European parliament, plus the divorce referendum and executive mayor plebiscite.

But Joe Kemmy, who is Labour councillor Joe Leddin’s election agent, raised concerns with the presiding officer at the polling station in St Michael’s National School, Barrington Street, after he said he witnessed one particular candidate instructing voters on how to fill in the polling card. The officer in turn contacted the gardai at around 11.30am.

Under section 147 of the 1992 Electoral Act, a person shall not interfere with or obstruct or impede an elector going to, coming from or in the vicinity of a polling station. There is a limit of 50m where voters should not be

“Some people were canvassing beside the polling station. I reported it to the presiding officer who then called the guards, and they told them to move back the required distance. After a bit of to-ing and fro-ing, that’s what happened,” he told the Limerick Leader, “We need to obey the law. This went on in Ireland for years where people had to run the gauntlet to get into vote. It’s all changed now.”

Another eyewitness, who did not wish to be named, described a number of taxis on the scene bringing voters in, where the candidate then went on to meet them. A number of vehicles with that candidate’s poster were present on the scene.

“The scale of the number of people there, I’ve not seen anything like it. I’ve never witnessed anything. Some very experienced politicians were there too, and they were the same,” he said.

Election candidates can appoint impersonation agents, if they suspect foul play in an election, to check the veracity of people voting in polling places.

It’s understood this is now happening in City West, while the council is ramping up its identity checks.

Polling continues until 10pm this evening, with the count taking place from tomorrow morning in the Limerick Racecourse at Patrickswell.

The Limerick Leader will be providing extensive coverage online across the weekend, including a dedicated live blog on our web site, www.limerickleader.ie