WATCH: Handball alley in Limerick village a ‘hub of drug use’, says candidate 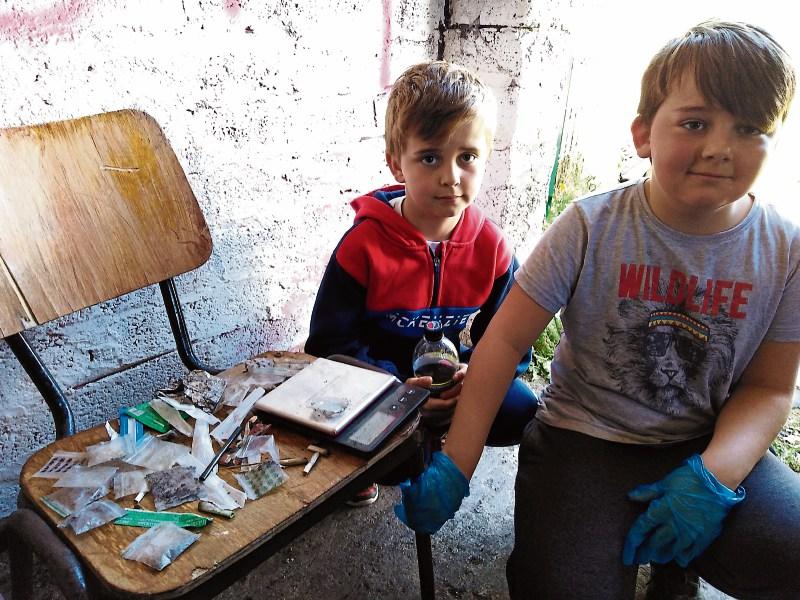 A local election candidate for the Adare/Rathkeale area smashed a number of chairs left in village handball alley to discourage its use as a hub of drug abuse and antisocial behaviour.

Direct Democracy Ireland candidate Mark Keogh also removed hundreds of items of drug paraphernalia from the handball alley in Shanagolden during a recent clean-up. He says he wants to see the alley restored to its original condition, so it can be used for its sporting purpose once more.

“We were looking at it for the last few weeks and we decided to take matters into our own hands and do something about it. It was rotten down there, really horrible,” said Mr Keogh.

“We found over 250 bags that would have contained drugs, a set of scales and a host of other things. The guards came to take away the scales. In my mind that shows the place is a hub of drug use,” he added.

On top of cleaning the area, Mr Keogh also destroyed a number of chairs that were left in the vacated alley, in a move to discourage antisocial behaviour.

Mr Keogh says he and his wife moved to the village with their four sons because of the amenities on offer for young people in the area.

“I would prefer to see a younger generation down there playing handball, not drinking and doing drugs. The place is a magnet for kids that are bored, which makes it a magnet for someone who wants to make money from these kids. I want to put a stop to that,” said Mr Keogh.

“My kids are growing up here. I don’t want people trying to push drugs on them. I don’t want them seeing people out of their heads,” he added

“The place had been taken over. Now we are trying to take it back. The alley is right in the centre of the village, behind the shrine. It shouldn’t be used like this. It has been left in total degradation, which doesn't look good for the community,” Mr Keogh said.

“If I were in a position to, I would put that place back on its feet instantly,” he added.

Mr Keogh says that although no needles are found, he is still worried that children may be exposed to them as there was evidence of needle use in the area.

“We didn’t find any needles, but there was so much crap they may have been there,” said the Direct Democracy Ireland candidate.

“The last thing anyone wants is there kid stepping on a used needle,” he added.