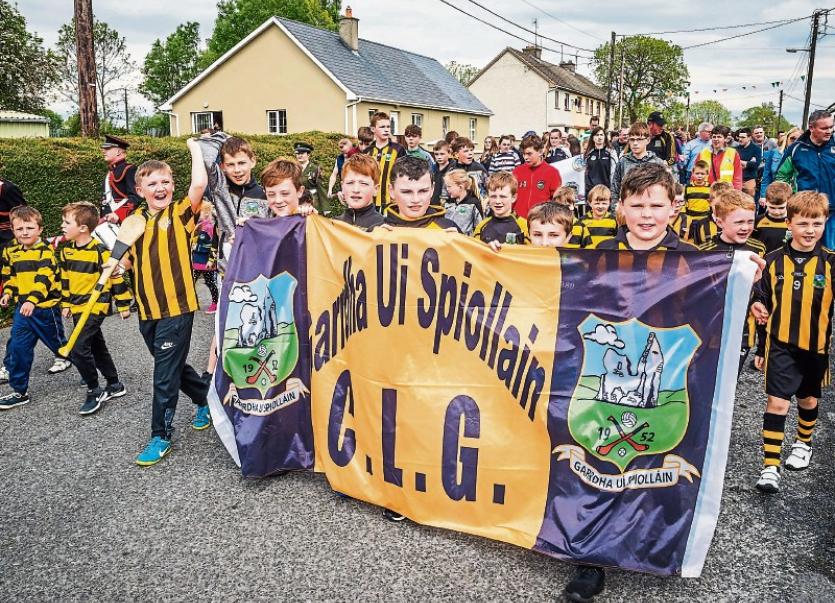 SATURDAY’S line-up on its own would have been a fitting commemoration of the Rescue of Seán Hogan in Knocklong but there was a whole week of events.

Just over 100 ago years a seminal moment in the War of Independence took place. Tipperary man Seán Hogan was one of the most wanted men in Ireland for his part in the Soloheadbeg ambush.

On May 13, 1919, the 18-year-old IRA volunteer was being transported by train under armed guard from Thurles to Cork for court martial and probable execution. Comrades, aided by local volunteers, planned and executed his rescue from the station in Knocklong.

In the ensuing action, IRA volunteers were seriously injured, two members of the RIC were killed and Seán Hogan was rescued. It was a great boost for Irish Republican morale in the early stages of the War of Independence.

Knocklong History Group and County Limerick Youth Theatre, with the support of the Knocklong Development Association and Limerick City and County Council, planned a series of innovative events to commemorate this centenary.

There were four plays based on the Rescue by Lampróg Theatre - The Dance, The Plan, The Trial. Over 750 young students from local schools took part.

On Saturday afternoon, the national commemoration of The Rescue of Seán Hogan took place in Knocklong community field. It commenced with a parade of local groups. It felt like St Patrick’s Day with all the floats.

At 4.30pm, relatives of those involved in The Rescue gathered in the community centre.

“Neil Hogan, a grandson of Seán Hogan came from Australia, with his son Matthew. Chris Clair, the son of Mai Moloney who was instrumental in planning the Rescue, attended with wife Veronica and their two children Catherine and Damian.

“The Hogans were really impressed, they were overcome to be honest. It was hugely emotional for them,” said Mr Walsh.

There was a photographic presentation of the War of Independence era by Tim Ryan and Mr Clair.

At 8pm, an open air concert by the army band in the community field was followed by fireworks. Locals brought their picnics and flasks and thought of the men and women who fought for the country that we live in today.

“The army band went out with the 1812 overture. That is significant with national independence in countries. They played that out to the fireworks,” said Mr Walsh. There were numerous events throughout the week including a history seminar, lectures and concerts.

It is hard to sum up a whole week but Mr Walsh said: “It was a very fitting and successful commemoration. We did the best we could but I think we were very happy with it in general.” A large town or city would be proud of the scale and number of events.

He paid tribute to his fellow members of Knocklong History Group and Knocklong Development Association chaired by Mary Harty. They spearheaded the commemoration.

“Fiona Quinn, the director, put a superhuman effort in,” said Mr Walsh. While Knocklong was marking a moment in history they also created their own.