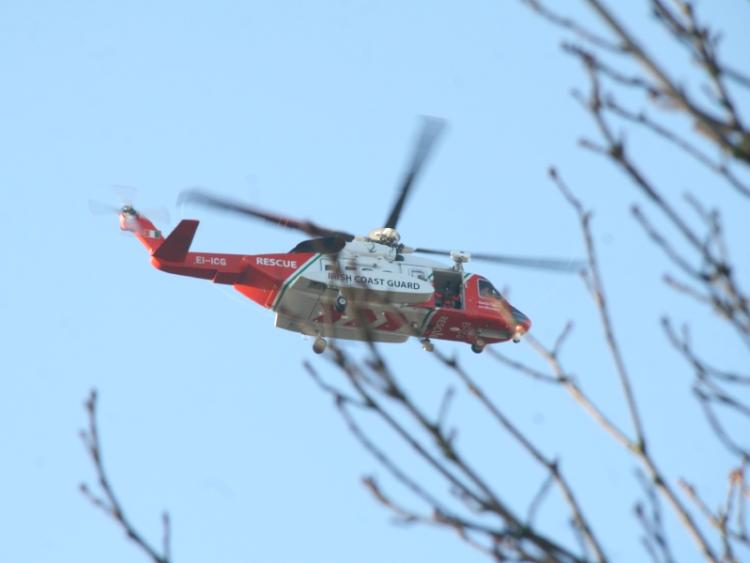 Rescue Helicopter 115 was unable to land due to the rough terrain, but ferried search crews close to the site

A MAN who died while climbing on Carrauntoohil mountain in Co Kerry on Saturday has been named locally as Ger Duffy.

Mr Duffy, who was in his late 50s, is from Clonlara on the outskirts of Limerick. He was an avid motorcycle enthusiast, and had a passion for mountaineering.

He died from a fall at around midday. Kerry Mountain Rescue was involved in the recovery of his body.

The Rescue 115 helicopter, which flew from Shannon, was unable to land due to the rough  terrain and instead ferried a number of people to the scene who were then followed by around 20 volunteers on foot.

Mr Duffy was an experienced hill walking and mountain climbing. He had only recently returned from a motorbike trip to Cambodia.

A friend of Mr Duffy’s spoke his love for motorbikes and mountain climbing.

“If a person gets killed biking then they were doing what they loved doing and they died happy, making it easier to accept. Ger loved climbing and was following his passion to explore the terrain,” they said.

Carrauntoohil is the highest mountain in Ireland, and is part of the MacGillycuddy’s Reeks.