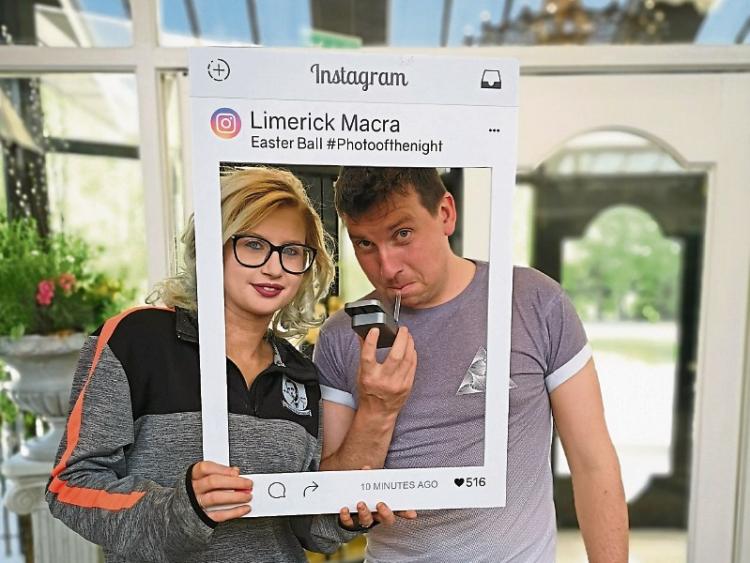 Louise Crowley and Sean Kelly showing how it's done. One reveller who participated discovered he would only be able to drive at 6pm that evening

THE PROBLEM with drink driving is the “mourning” after say Limerick Macra who have been praised by the CEO of the Road Safety Authority.

On the morning after their Easter Ball, attended by over 300, they took the innovative approach of setting up a breathalyser stand.

Limerick Macra PRO Brian O’Shaughnessy said they did it so people could ensure that it was safe to begin the journey home.

“It was very popular and we’ve got a lot of positive feedback. We took 140 readings that morning in the Woodlands House Hotel. Everybody wanted to check themselves and see. Even people who weren’t driving wanted to see out of curiosity,” said Brian, who came up with the idea with Limerick Macra chairperson Vanessa Crean.

Brian has his own breathalyser so they purchased two more. They ran the stand from 9.30am to 1pm.

“There was a couple of people who thought they should be all right but they were told, ‘No, you’ve another hour to wait’. Everybody gave themselves an extra hour after what the breathalyser said to be on the safe side,” said Brian.

One man wasn’t allowed to drive until 6pm.

“He knew he was going to be well over. He wasn’t driving anyway, he had someone coming to pick him up,” said Brian.

It is the first Macra event or, indeed, event of any kind that has had a dedicated breathalyser station that he is aware of.

As well as saving lives, the Limerick Macra PRO said it is in response to the drink driving law change. Since the end of October anyone caught with 50-80 mgs of alcohol per 100 mls of blood will be disqualified from driving for three months and receive a €200 fine. Previously, they would have received three penalty points and a fine for a first offence rather than an automatic ban.

“It is mainly rural people we are dealing with and if you get put off the road in rural Ireland there are no buses around for you,” said Brian, who is from Kilcornan.

The breathalyser stand didn’t take from the Easter Ball which he said was a “fantastic night”. Coincidentally the band was called Traffic.

Brian says they will bring the breathalysers to every future Macra overnight event to promote their message of, “Check yourself before you wreck yourself”. 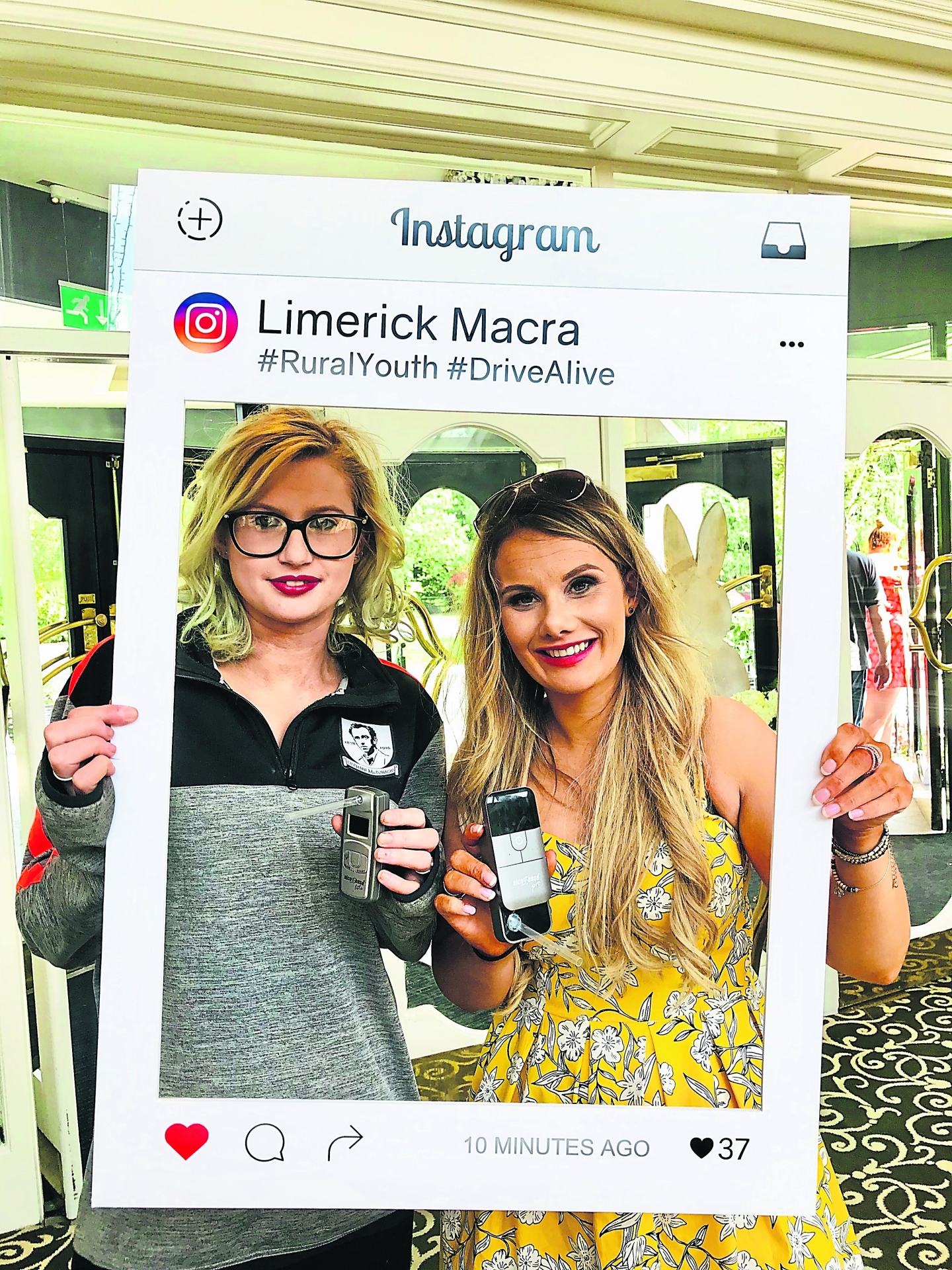 Moyagh Murdock, CEO in the RSA, said she welcomes any initiative which aims to promote or further the interests of road safety.

“The use of breath alcohol testing devices is of value once alcohol consumption has ceased for several hours, such as in a morning after situation, remembering that even very low levels of alcohol can impair driving,” said Ms Murdock.

Investigation files for fatal collisions, by the RSA, shows that 11% of fatal collisions in which a driver had consumed alcohol, occurred between the hours of 7am and 11am.

Read also: County Limerick farmer over the limit on the morning after Munster final

“Drink driving at any time of the day or day of the week is drink driving, which is why you must take extra care the following morning if you have been drinking the night before.