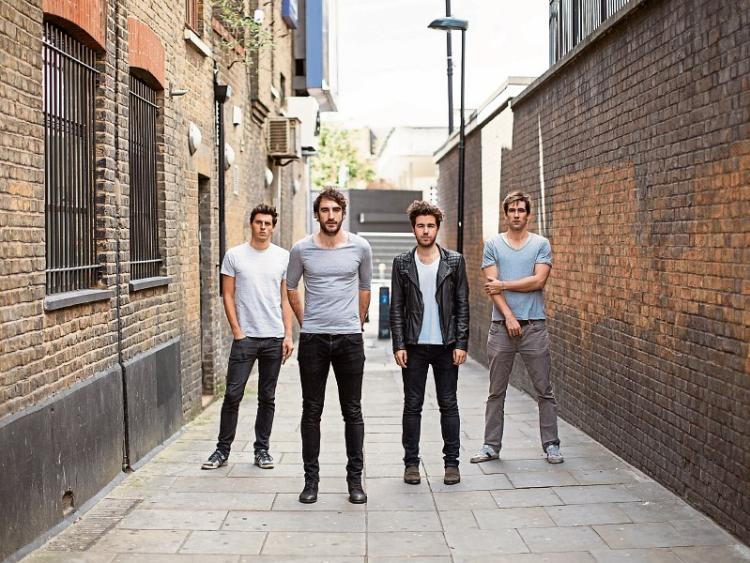 ONE OF the country’s biggest live acts, The Coronas, will perform at the new Live At The Docklands series in Limerick city this summer, it has been confirmed,

The triple-platinum selling group will perform on June 2, at the The Docklands series which will consist of live performamces in a specially erected six-pole marquee along Limerick’s waterfront.

The iconic contemporary band bring their The Long Way Home Festival tour to Limerick, and will be ready to sing along to hits like San Diego Song, Give Me A Minute, and Closer To You.

The band’s return to Limerick will be welcomed by thousands of fans across the city and county.

Speaking at today’s announcement, Neil Dolan of Dolans Presents said: “The Coronas have been great friends to Dolans down through the years. The band performed some of their first gigs Upstairs at Dolans and since then have gone on to perform sell-out shows at the Warehouse, Live at the Big Top and at King John’s Castle.

“The band has built up a loyal fanbase across the Mid-west region. From selling out shows at huge venues across Ireland, to headlining international tours, the Coronas continue to rank as one of Ireland’s most exciting musical exports. We are delighted they are set to join us as part of the Live at the Docklands series”

Most recently the band has played their largest headline to date, playing to an sell-out audience of 15,000 at The Royal Hospital Kilmainham.

The Coronas completed a tour of the UK last year before heading off on a world tour which sees them in Europe, Canada, USA and finally Australia.

Working closely with Shannon Foynes Port Company, Dolans Presents have identified the area of Limerick Docks located just off Atlas Avenue as a location for the Live at the Docklands series.

Tickets for The Coronas Live at the Docklands in Limerick will go on sale shortly. Keep an eye out on Dolans social media channels for further information.