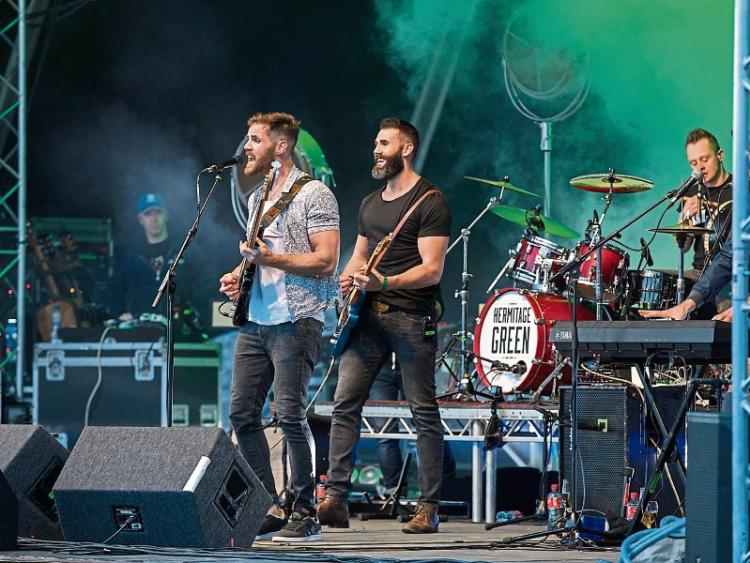 HERMITAGE Green have announced that they will perform a second date at King John’s Castle due to “exceptional popular demand” for the Limerick city gig this summer.

Speaking at the announcement, Mick Dolan, of Dolan’s Presents, said:

“The ticket demand for Hermitage Green confirms them as one of the most popular bands to emerge from Limerick in recent years. We are delighted to be able to facilitate a second night for the guys and want to thank the team at Shannon Heritage for the work they have put in to making the castle such a popular venue.”

Hermitage Green has made a significant impact on the Irish music scene with their first full length album, released via the SONY Ireland label.

Their 2017 EP, Gold and Rust, was produced by Matt Lawrence (Adele, Amy Winehouse, Mumford & Sons) was received to critical acclaim. The band has developed a huge international following and has performed sell-out shows across Ireland, the UK, Middle East, Australia and the US.

Speaking at the recent gig announcement, Barry Murphy of Hermitage Green said: “We are delighted to return to King Johns Castle for a hat trick of gigs in our favourite venue in the country. Last year’s gig was so special to us and something we will never forget and we look forward to bringing a whole new show back to Limerick city this summer”

“The level of demand for tickets for Hermitage Green’s upcoming castle performance was such that it makes perfect sense to schedule a second date. We are delighted to see these local lads continuing to draw such great crowds. We are looking forward to what will now be two superb evenings at the castle”, he said.

Tickets for this event are expected to be in demand so early booking is recommended.

Tickets for Hermitage Green Live at The Castle on Friday July 26 will go on sale this Friday morning from 10am. Tickets are priced €30 Booking Fee from Dolans.ie and Ticketmaster.ie.