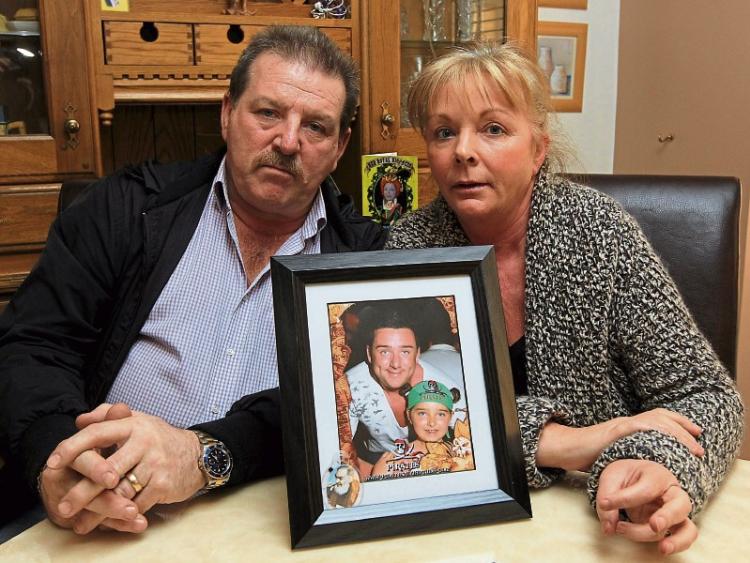 THE "character, guts, and bravery" of the mother of the late Roy Collins and her family has been commended following her death this Easter Sunday.

Carmel Collins, who was in her 60s, passed away peacefully at Milford Care Centre on Sunday morning. Mrs Collins was the mother of Roy Collins who was shot dead in a gangland attack in Limerick 10 years ago.

Willie O’Dea TD, who is a personal friend of the Collins family, offered his sympathies to the family.

“It’s very sad. I knew Carmel was sick, but I had hoped she might pull through and get better. Unfortunately, her illness proved fatal,” said Deputy O’Dea.

“It is very tough. The Collins’ have had a very tough life with all that has happened to them, and now that has been added to by Carmel's premature demise."

Roy Collins was just 35 when he was shot dead by members of the McCarthy- Dundon gang in Limerick in 2009.

The Collins family recently marked the 10th anniversary of his killing.

The murder of the young business man would be a changing point in the gangland violence which had terrorised Limerick city for years.

Mrs Collins and her husband Steve stood up to the criminals and called for a change in the city.

Marches were held in the wake of Roy’s death, which called for laws on gangland violence to be strengthened.

“It was the Collins’ reaction, and their failure to be bullied that started a transformation of the crime scene in Limerick. It engendered in the State an absolute determination by the State to take on these criminals in Limerick,” said Deputy O’Dea.

“Those marches and the stance of the Collins family were an absolute milestone for Limerick. Carmel and her whole family were heroes for what they did. They had tremendous character, guts, and bravery to stand up to these bullies knowing that there could be a terrible price to be paid, and ultimately there was a terrible price to be paid,” he added.

Wayne Dundon, James Dillon and Nathan Killeen were all jailed in relation to the murder of Roy Collins.

Mrs Collins will be reposing at Cross' Funeral Home, Gerald Griffin Street on Tuesday, April 23 from 4.30pm followed by removal at 6.30pm to St John's Cathedral. Requiem Mass will take place on Wednesday, April 24 at 11am with burial afterwards to Kilmurry Cemetery, Castletroy.