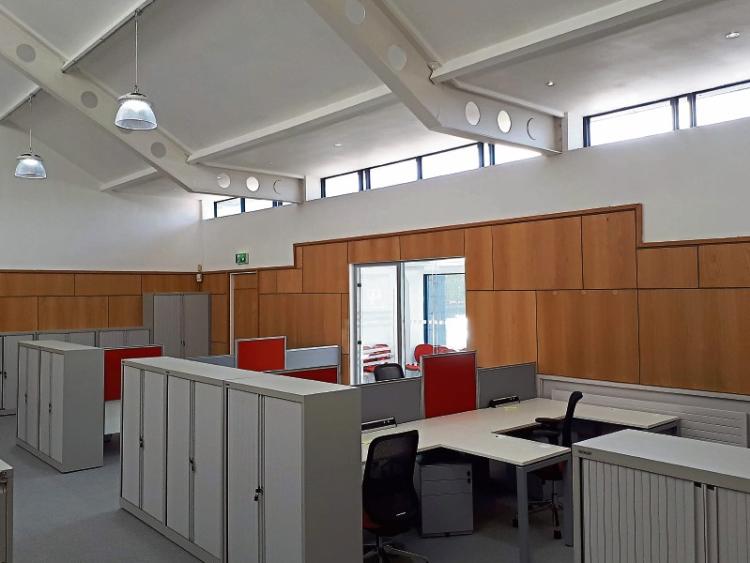 Thirty-eight Orangebox DO chairs at €257.37 each were part of the refit bill for 70-80 staff in the former courthouse

LIMERICK City and County Council spent more than €75,000 on new furniture during the refurbishment of the former district court and Courts Service offices at Merchant’s Quay, it can be revealed.

The local authority took possession of the former courtroom – next to City Hall – last year after the new multi-million criminal courthouse at Mulgrave Street opened.

The refurbishment works, which were carried over two floors, were completed at the end of October and staff from the council’s Design and Delivery department moved in just before Christmas.

Figures obtained by the Leader under the Freedom of Information Act show a total of €75,715.05 was paid to Gerry Lombard Design relating to the furniture which was bought as part of the refurbishment works which took a number of months to complete.

Invoices from the Limerick-based company show the council was supplied with 38 ‘Orangebox DO’ chairs which cost €257.37 each while 25 ‘Orangebox Joy-05’ chairs, which have no arms, were supplied at a cost of €165.30 per chair.

A further 38 ‘upcharge aluminium base’ office chairs were also bought at a total cost of €967.85.

In addition to chairs, a variety of desks, screens and filing cabinets were also supplied to the council.

A spokesperson for the local authority confirmed the invoices related to the refurbishment of the former district court building.

“The building was refurbished to accommodate the Design and Delivery department which has increased in headcount following demands in relation to the national housing crisis,” she added.

More than 70 local authority staff are now working in what was the former courthouse.

The refurbishment works also involved the upgrading of fixtures and fittings in the building while toilet and showing facilities were also upgraded.

The former courtroom was revamped and converted into an open-plan office which extends into what was the judge’s chambers.

The former custody area is being used as a storage area.