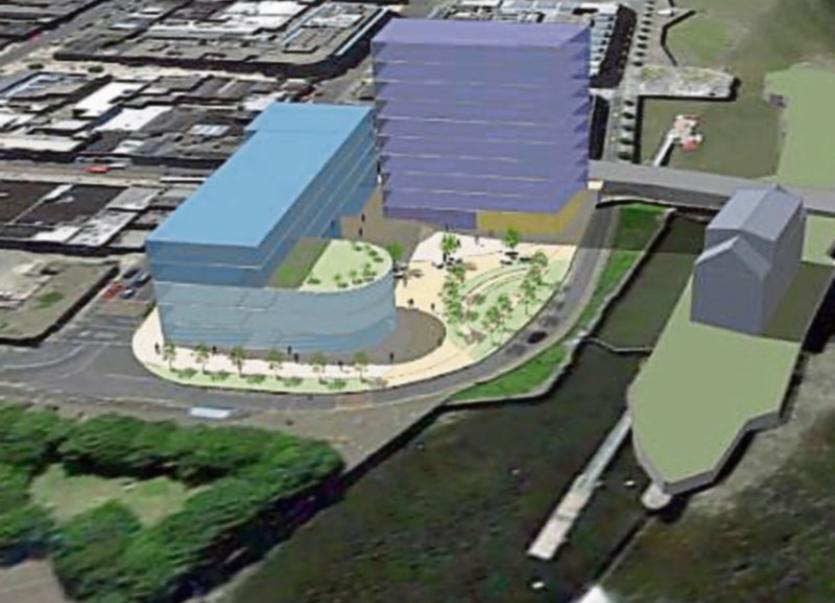 THE UNIVERSITY of Limerick is looking to develop a massive, multi-storey complex in Limerick city centre following the announcement that it is purchase the vacant Dunnes Stores site for €8m.

That is according to visual concepts seen by the Limerick Leader this Tuesday.

The plans, so far, will see a significant development constructed on the block Honan’s Quay, Sarsfield Street and Liddy Street, next to Arthur’s Quay Park.

The news of the purchase has received a warm reception from the people of Limerick, including politicians and pressure groups who had been campaigning for the site’s revival for years, which had intensified in recent weeks.

POSITIVE REACTION: See how Limerick reacted to the €8m purchase

UL’s president announced last Friday evening that its governing authority came to an agreement to purchase the site for €8m in order to incorporate it into its city campus.

“It is fitting that UL’s presence in the city will be on the water front mirroring our magnificent riverside campus just four kilometres away,” Dr Des Fitzgerald said.

He said its city campus will aim to bring together law, business, and entrepreneurship in technology and "create a hub for developing and supporting enterprises in the city".

It is hoped that the development will be completed by 2022.

For more, pick up this Wednesday’s edition of The Leader.