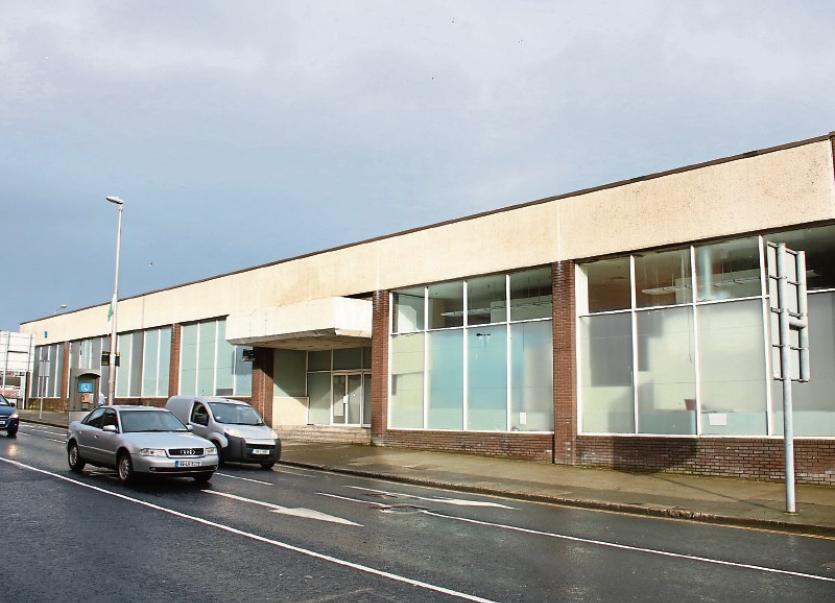 THE NEWS of University of Limerick purchasing the vacant Dunnes Stores site in the city centre has lauded as an example of the “power of people coming together” this weekend.

UL’s president announced on Friday evening that its governing authority came to an agreement to purchase the site for €8m in order to incorporate it into its city campus.

“It is fitting that UL’s presence in the city will be on the water front mirroring our magnificent riverside campus just four kilometres away,” Dr Des Fitzgerald said.

It is expected that the project will be completed by 2022.

The news, it appears, has been unanimously and warmly welcomed by the people of Limerick, including politicians and pressure groups who had been campaigning for the site’s revival for years, which had intensified in recent weeks.

This is VERY good news. ⁦@UL⁩ have a fantastic record when it comes to creating striking architecture. Bound to have an incredibly positive effect on the limerick skyline https://t.co/bOGhlRk1eJ

The news has also been one of the biggest talking points in Limerick over the past 24 hours, with some describing it as one of “best city centre news" in the city in recent years.

Best city centre news for at least a decade in my opinion. https://t.co/P4n7jda6nF

Local election candidate for Limerick City North, Anne Cronin was one of many politicians welcoming the news.

"The Vacant Dunnes campaign that so many of us have been actively working on shows the power of people coming together to apply pressure when it comes to issues effecting neglected urban spaces, particularly at the hands of large corporations,” the Labour candidate said.

“Limerick city is at a crucial stage in its redevelopment and in its attempts to become a liveable city once more. ‘There have been some fantastic developments in our city over the past couple of years spearheaded by Limerick 2030 and the local authority. However, these are mostly targeted at inward economic investment and developed with the ambition of attracting companies and corporations to open office space in the city.”

Metropolitan Mayor, Cllr Daniel Butler, who is a member of UL’s governing authority which agreed the purchase, said he acknowledged the “foresight” of UL and Dr Fitzgerald in “advancing this project”.

“I have full confidence given their track record of developing buildings of real architectural merit we will see a building that will enhance our riverfront.

1/1 Delighted as Mayor of Limerick and as a member of the University of Limerick Governing Authority to see UL buying the vacant Dunnes Stores at Sarsfield Bridge. This will remove a major eyesore in the city centre, and replace it with a new riverside city centre campus for UL. pic.twitter.com/ZmQfqkFG99

“We await further clarification on UL’s proposed intentions for project opera. We must also urgently now move to deliver city centre student accommodation to support this which places further pressure on Limerick 2030 to change its position on developing residential in project opera. We must also act to deliver meaningful actions on our public bus service linking the proposed city campus to Castletroy.’ stated Metropolitan Mayor Daniel Butler who is an UL Governing Authority Board member,” he said.

.@UL putting our money where our mouth is, moving into the city and removing an eyesore from the centre at the same time. Fantastic news. https://t.co/1SshiUY7qb

Local musician Post Punk Podge, who performed a protest gig at the site three weeks ago said on his Facebook: “All’s well that ends well.”

“This UL City river-front campus will be a very significant addition to the city centre. “Furthermore, this development further illustrates the ambition of UL to grow its stature amongst the world’s leading academic institutions. It is an ambition that matches that of our City and its people.

“This news really opens up many more exciting opportunities for the future of Limerick city and the UL.”

Social Democrats’ general and local election candidate, Sarah Jane Hennelly said this new venture by UL will be a “game-changer”.

“I believe this to be a hugely significant move by the University. The Dunnes site has become a point of utter frustration for people. The Marks & Spencers saga had people withered. It seemed the best possible outcome would be a retail outlet moving in. Underwhelming to say the least. UL’s move here is so exciting for many reasons.

Exciting news! @UL's Governing Authority have just sanctioned the purchase of the Dunnes Stores site on Sarsfield Street. The long-time vacant premises is earmarked for a city campus. If this is realised, it will be so good for this city! A spark of hope at last. #Limerick pic.twitter.com/kFgYWAaglG

She added: “To bring all of this to our city centre; I believe it will radically change the landscape of our city. It’s very exciting.”

Huge news for the city centre. Almost the last symbol of boom time Limerick along with Parkway Valley. Great to see the site to be used for something meaningful at last. https://t.co/tChQheAwYo

Mayor of Limerick City and County, Cllr James Collins said: “Now, by replacing it with a new UL campus, we are opening up the entire riverside area between Sarsfield Bridge, Arthurs Quay, the Potato Market and City Hall. The new campus should be looked at now in the context of possible redevelopments at the Potato Market, the Opera Centre development, pedestrianisation of nearby O’Connell Street and a future education, tourism and retail plan for that area of the city between Sarsfield Bridge and City Hall.

Wow, this is a serious game-changer for both Limerick city and @UL. Great news and exciting potential all round. And what a site! https://t.co/EbDV8e90Vj

He added that the public have been very clear in their support of Limerick City and County Council in their efforts to have this site placed on the Vacant Sites Register.

“The Council offered to buy the site in the past, and I have been outspoken in highlighting the need for this site to be used or developed. I welcome the decision of UL to agree to buy the 0.81 acre Dunnes Stores Sarsfield Bridge site . The agreement provides that the site will be for University use and ancillary services. This marks a very significant day for Limerick city—it’s a win-win for UL, the Council, Dunnes Stores and the people of Limerick,” said Mayor Collins, who is running for Fianna Fail in the next general elections.”