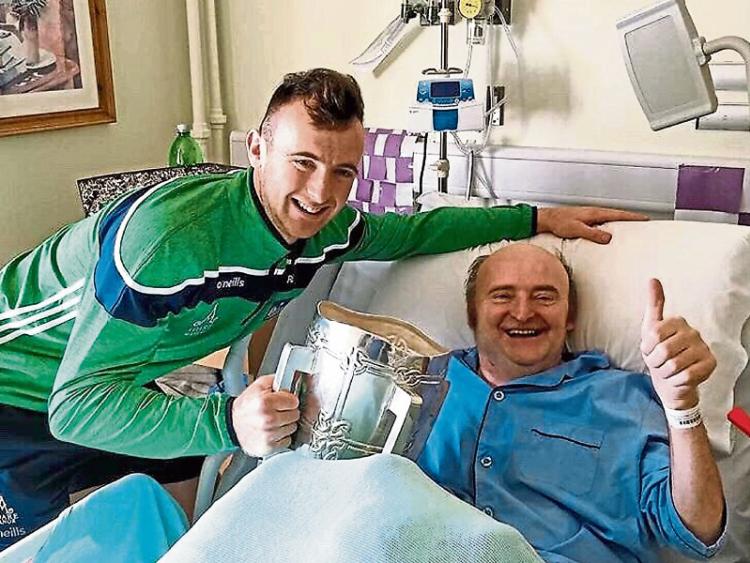 Richie and Paddy English with the Liam MacCarthy Cup

Paddy - father of All-Star corner back Richie - passed away in the early hours of Monday morning. Mr Kiely said the players and management will give Richie and the English family every support they can.

“I was only talking to Richie about his dad yesterday evening. He was an incredible man who endured a very difficult illness for many, many years. He was a great advocate for getting on with life and celebrating the successes in life,” said Mr Kiely.

Paddy, aged in his early sixties, passed away after a long and dignified battle with illness.

“I know he took great pride in seeing Richie playing for Doon, playing for Oola, and playing for Limerick - let alone winning an All-Ireland.

“For him to see his son win an All-Ireland - I’m absolutely thrilled they had that as a family and Richie has that as a reference point for the future going forward but I know he will be absolutely devastated right now.

“He has great support from the group that we have together here and with his own family in Doon. Life brings all these challenges. As a group we’ve seen a lot of people within the group lose people within the last 12 months,” said Mr Kiely, who spoke of county board chairman John Cregan and his beloved daughter Mary.

“The bottom line is that where the real team comes together is when your teammates have suffered a loss and you support them through thick and thin. They have supported Richie throughout his father’s illness right throughout his career with Doon and Limerick. I have no doubt they will be with him again going forward. It’s a very sad day for them but they are a great family,” said Mr Kiely, who was speaking at the launch of the Bon Secours Hospital Limerick senior hurling championship.