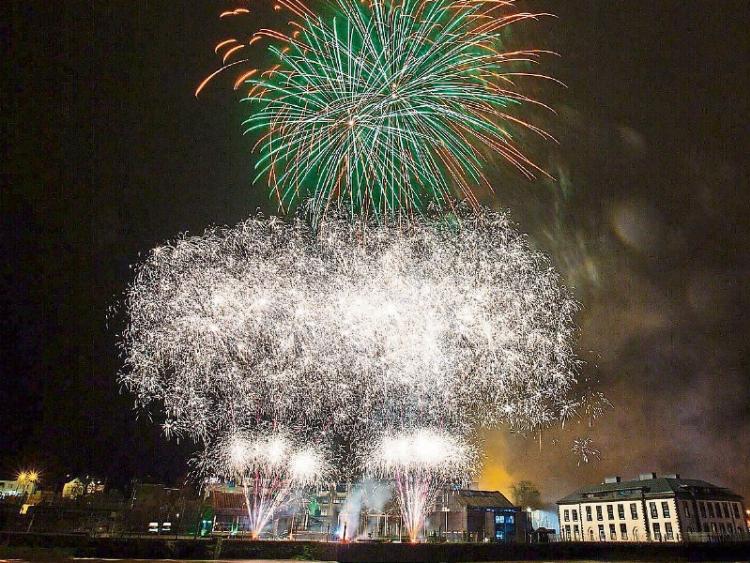 Spectacular: The finale to the firework display over City Hal PICTURE: OISIN MCHUGH/TRUEMEDIA

LIMERICK’s St Patrick’s Day festival got off to the best possible start on Saturday night with a spectacular fireworks display over the Shannon.

Despite rain, and at some times hail, all the viewing spots across the city were taken to see the explosion of colour into the dark night sky.

The ten-minute firework show was the curtain raiser to this year’s three-day St Patrick’s Festival, the centre-piece of which of course is the city’s main parade from noon today.

Watching the fireworks from the top floor of the Limerick Strand Hotel, Mayor James Collins was joined by this year’s parade Grand Marshal Dr Norah Patten, who is bidding to be the first Irish astronaut.

....3-2-1! And the @LimerickStPats festival is under way with this fabulous firework display over City Hall. Wouldn't be Paddy's weekend in #Limerick without some rain. But they still look amazing. pic.twitter.com/Jk6nVHVIhh

#LimerickStPatsFestival has officially begun! What a spectacular show, thank you to the people of #Limerick for braving the rain to come and enjoy it with us! pic.twitter.com/ulAbcRfyzr

Dr Patten added: “What a lovely way to kick off the weekend. Kids are always excited, and adults, seeing fireworks in the sky. It was lovely. Hopefully tomorrow, the rain will hold off!”

“I heard a kid say just then ‘Wow, I’m going to remember this forever’. That’s what it’s all about.”