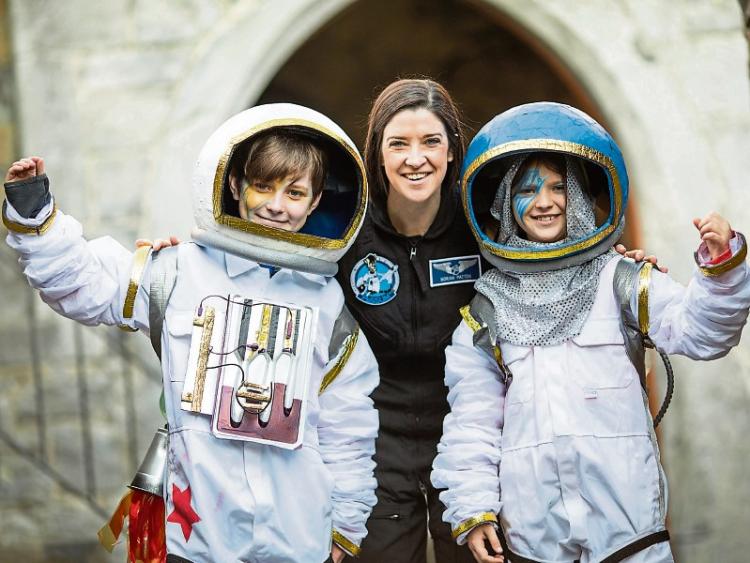 THE whole of the county is set to go green this Sunday, with tens of thousands of people set to line streets in villages and towns across Limerick.

No less than 10 parades are taking place in rural Limerick, while the largest St Patrick’s assembly in Ireland outside Dublin will be taking place in the city centre this Sunday from 12noon.

As a collective, Limerick will be praying the county and city remains dry and bright despite the forecast for light rain.

Regardless of the climate, tens of thousands of people will line the city streets for the parade, which is the main event of Limerick's St Patrick's festival.

Indeed, there are three days of events in the city, centered around the parade on Sunday at noon.

And as well as the people in Limerick, there will also be a huge television audience, as an American television crew visits the city this weekend.

A number of Limerick performers, entertainers and characters are to join Travel Zoo presenter Gabe Saglie to showcase the best of what we have to offer.

Live interviews will be put forward on 15 television channels stateside, it has been revealed this week.

Community and voluntary groups, charities and companies will all be taking part in a colourful parade, which will be grand marshaled by former University of Limerick student Dr Norah Patten, who is bidding to become the first Irish person in space.

The largest St Patrick’s Day spectacle outside Dublin, the theme chosen is ‘One Giant Leap’ in honour of the 50th anniversary of the moon landing, and the huge steps Limerick has taken in transforming itself over the last number of years.

Participants will gather at the Roden Street junction with O’Connell Avenue and march to Rutland Street.

Sheila Deegan, who is the council’s arts officer said: “Limerick’s St Patrick’s Day parade has been a key part of the lives of citizens for over 50 years, with memories and traditions forged into the imaginations. Over the years, how we celebrate St Patrick’s Day has changed so much so that this year, Limerick has built a three day festival of creative and spectacular fun for families and visitors alike.”

As well as the parade, for the second year in a row, a panoramic wheel has already been erected in Arthur’s Quay Park, offering 360-degree views of the city’s skyline.

There will be free admission to the Hunt Museum on St Patrick’s Day, while people can also enter King John’s Castle without payment.

To tie in with the theme of this year’s parade, the Museum of the Moon will land in St Mary’s Cathedral from this Friday, March 15. It will remain in place until ​next Friday, March 22, with the installation featuring detailed Nasa imagery of the moon’s surface.

An Garda Siochana are advising that parking will be prohibited (from 4am) in much of the city centre this Sunday and Monday, when the International Band Championship takes place.

Plan your journey to the #LimerickStPatsFestival parades this weekend with our list of road closures: https://t.co/ZqN7J4Firi pic.twitter.com/2jwwT2O7Lp

There will be no parking between Matthew Bridge to the Crescent and at Pery Square, Barrington Street, Upper Mallow Street and Hartstonge Street.

However, the local authority will provide additional car parking at its offices in Merchant’s Quay and at the former Cleeves Factory.

Herbertstown’s parade begins at 11.30am, while Kilfinane kicks off at 2pm.

In Kilmallock, the parade starts at 1pm in the town’s church, while Newcastle West’s event is at 3pm. Last, but by no means least, Rathkeale’s parade begins at 12.30pm.

Local traffic restrictions will be in place in each town and village.

For Full Coverage of St Patrick's Day in Limerick - stay with the Limerick Leader - online and in print.