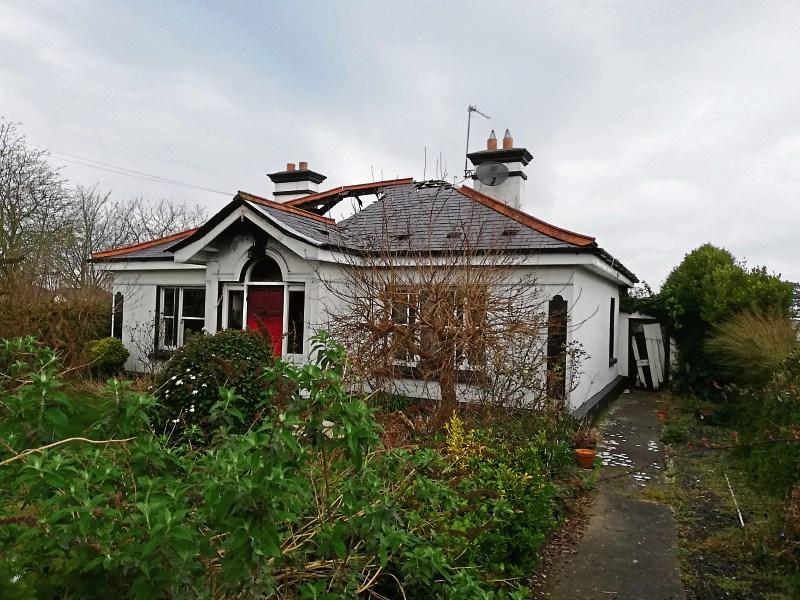 The bungalow at High Street, Croom was damaged by fire in October 2017

LIMERICK City and County Council has moved to place a house which was badly damaged by fire 18 months ago on the Derelict Sites Register.

A public notice, under the provisions of the Derelict Sites Act 1990, has been posted on the front gate of the bungalow at High Street, Croom – near Colaiste Chiarain.

The house, which is located on the main road, has been vacant since the fire on October 7, 2017.

The rear of the property was extensively damaged and a significant section of the roof collapsed as a result of the fire.

An elderly woman who was living at the house at the time escaped injury when a neighbour helped her from the burning building after he was alerted to the fire at around 11pm.

Foul play was ruled out by gardai after a technical examination was carried out the following day.

According to the public notice - dated February 12, 2019 – the owner of the property is unknown and has not been identified by the council.

The local authority says the deadline for receipt of representations is next week and that a final decision will be made a short time later.

If the bungalow is placed on the Derelict Sites Register, it will give Limerick City and County Council specific powers.

These include the compulsory purchase of the property or charging the owner for works which it carries out.

In some cases levies, can be imposed on the property owners.