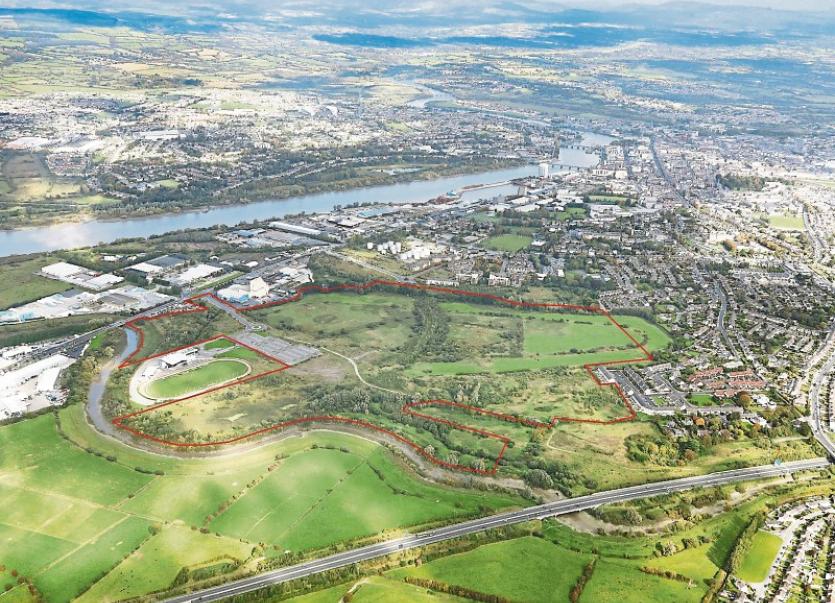 The site of the former Greenpark Racecourse is on the market

The vast portion of land near the South Circular Road went on the market last month, with a guide price of €12m, with the Limerick Race Company saying it will allow for future investment at its current site in Patrickswell.

Now, Cllr Hogan believes Mary Immaculate College could benefit from the 116.5 acre site, which has lain idle since 1999.

“I believe that this site could be a vast asset for Mary Immaculate College and have written to the college suggesting that they give consideration to the purchase. The Racecourse is adjacent to Mary Immaculate's existing facilities on Courtbrack Avenue, and would to my mind be a logical expansion for them, giving them the opportunity to extend their sports, recreational and educational facilities,” she said.

Cllr Hogan, who is also a city businesswoman, said: “At present, students at Mary Immaculate have access to limited apartment accommodation adjacent to the college, and also live in residential accommodation on the South Circular Road,  and its environs. This could be an opportunity for the college to provide additional accommodation for students.

“The college has expanded significantly in recent years. They have opened up to the Community building the Lime Tree Theatre which is a great asset for the southside. People living on the South Circular Road were delighted when the college lowered the wall allowing us to see the original college building beautifully lit. Now many of the local residents enjoy walking through the campus, and this has continued the integration of the college into the community.”

She said if the college were able to do this, it would benefit the entire community, in a similar way to that which the campus​ at the University of Limerick has helped Castletroy and Monaleen.

The land is a 15 minute walk away from the city.