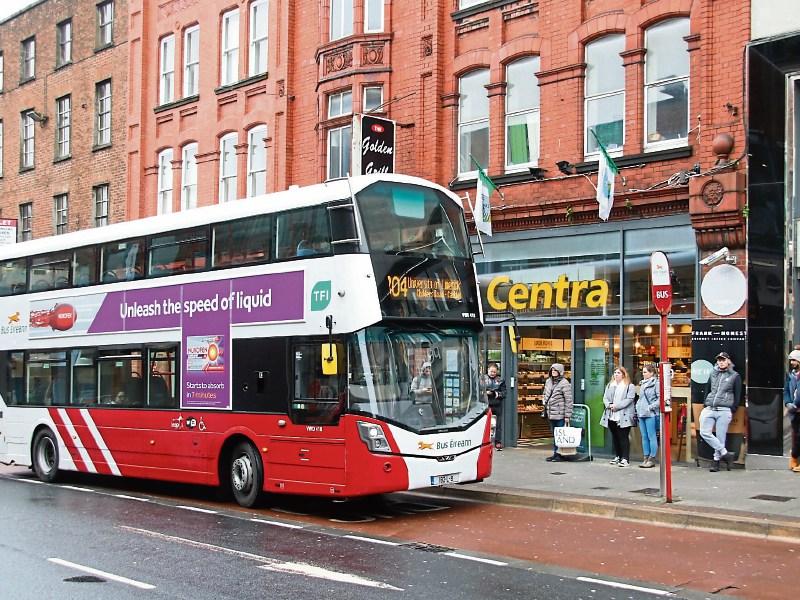 Operating hours among concerns for firms in Limerick

TRANSPORT is a “major issue” for Limerick’s biggest employers, with small and local businesses also affected by ongoing issues with the service.

Several of Limerick’s major firms have raised concerns over the reliability of the current bus service, the Limerick Leader has learned.

“The chief executives of many of the main employers around would be in contact with the council,” Mayor of Limerick City and County James Collins told the Limerick Leader.

“They have been highlighting the fact that public transport is not where it should be.

“If you look at one of our large employers in Limerick, they are looking at doubling the size of their facility. This means they might have to put on a multi-story car park beside it, which makes no sense.

“Every city in the world has a bus service where people can take the bus to work.”

Mayor Collins, who is also on the board of the Limerick Twenty Thirty company, said the main issues stem from the punctuality of the service, as well as the routes taken.

“If you are starting work in the city centre at 6am but you are living in Castletroy, it's very difficult to get in,” Mayor Collins said.

“Likewise if you are living in the city centre and you need to get out to Raheen, its very difficult to use public transport. It's not reliable.

“If we are really going to be advising people to use public transport to commute to work, it has to be frequent and it has to be reliable. Unfortunately the bus service that we have at the moment isn’t.

“I have asked the chief executive to bring together the relevant organisations to see are there some actions that we can implement quickly, to try and get the buses moving as they should be.”

In Limerick, a large number of employees depend on bus transport to get to and from work, economist with Limerick Chamber Dr Catriona Cahill explained.

“The poor level of reliability on the part of Bus Eireann has resulted in issues around punctuality. The poor level of service outside of regular working hours is also an issue. Businesses are concerned for the safety of their staff and have had to organise alternative transport for their employees.

“Efficient public transport plays a key role in attracting FDI to the region and in attracting individuals who want live and work in the city,” she added.

Due to irregular working hours, employees at one company based in the city centre rely on lifts or taxis to get home from work, one employee told the Limerick Leader.

Shauna Duggan, who lives in Castletroy, works for Uber on Thomas Street.

“I work two weeks of 8am to 7pm and then two weeks from 1pm to midnight,” she explained.

“There are no buses at 12 so I have to try and get a lift home, or more likely I have to get a taxi. We also have people working 7am to 6pm, but there is no bus before 7am so they either have to drive or get a taxi.”