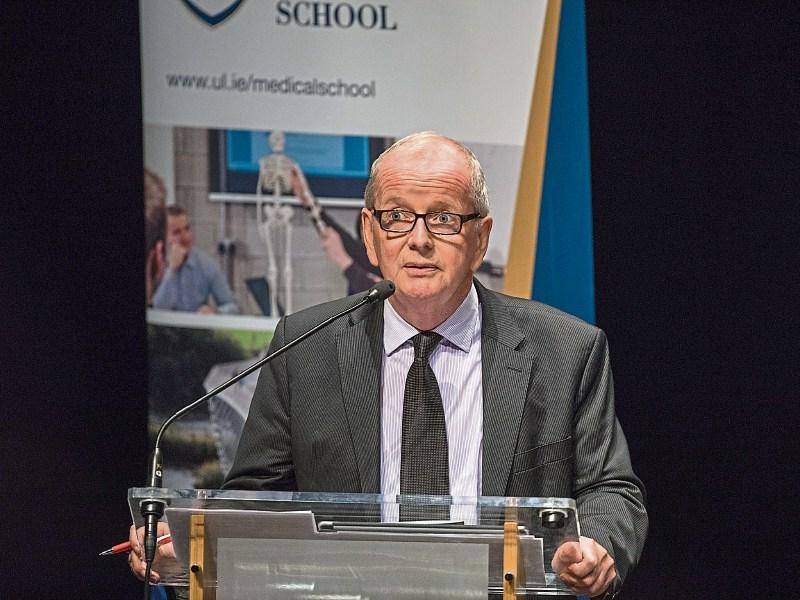 UL president Des Fitzgerald has warned the quality of the bus service between Limerick and the college is a “major impediment” to a new city centre campus.

But in an unprecedented intervention, Dr Fitzgerald has now indicated the bus service between the city and Castletroy could be a major factor in its moves to the urban area.

It comes in a week where the Limerick Leader, as part of a major investigation, has highlighted major dissatisfaction with the performance of the Bus Eireann run services in the urban area, citing delays, no shows, and an alleged rudeness from some drivers.

And a major survey conducted by this newspaper reveals that more than eight in ten passengers are either ‘dissatisfied’ or ‘very dissatisfied’ by the public transport service provided by Bus Eireann in Limerick city.

Of the 411 people who took part in the survey, just 14 people said their bus arrives on time. The Leader has sent these findings to the council, and Bus Eireann, which maintains that out of every 100,000 passengers, there are just 0.01% complaints.

According to UL president Dr Des Fitzgerald, reliable public transport is key for the university’s future expansion plans, which include creating a city centre base to bring 2,000 students and 100 staff members to the city by 2022.

However, current issues with the services are proving to be a “major impediment” to this project, Dr Fitzgerald has revealed.

“It can take up to 90 minutes at peak times to travel by bus between the campus and the city and some areas in the city are inaccessible by public transport so students are paying for private buses,” Dr Fitzgerald told the Limerick Leader.

UL has been working with the Council to tackle the problem, he said, adding the main issues remain the lack of dedicated bus lanes between the city and UL and the lack of access to the North campus.

“As it stands getting traffic on and off the UL campus at times is a nightmare.” A dedicated bus lane, better movement of buses on campus and opening UL’s north exit into Clare would help, he said adding “ but it seems impossible to get the various parties together to agree on the solution.”

“UL will do whatever is required, but without a comprehensive plan a bus lane on campus will just rush the buses into stalled traffic on the roads in and out of the city."

The Limerick Leader has been contacted by many UL students and lecturers who were anxious to voice their opinions on the current available bus services.

“It is very difficult to recommend events to students in the city, particularly during the day, knowing that the bus is so poor,” Dr Niamh NicGhabhann, a UL Assistant Dean, told the Limerick Leader.

“As we know they won't be able to get in or out in reasonable time to be able to do their other work and classes. This leads to a lack of civic participation in city life by students."

Meanwhile, several blue-chip company bosses, who among them employ tens of thousands of people have also raised concerns about the public bus service here with Mayor James Collins saying: “They have been highlighting the fact public transport is not where it should be.”

Now, in a bid to remedy things in short order, the mayor is to organise an emergency meeting of the National Transport Authority, An Garda Siochana, Bus Eireann and Limerick City and County Council, all of whom have a role to play in the running of our local bus service.

“We need to plan what our public transport system is going to look like in a couple of years from now. But more urgently, we need to fix the system which is in place which is not working. Buses aren’t turning up, buses are late, buses aren’t going where they are meant to go to. They are stopping in the city centre when they are supposed to go to the University of Limerick. The communication is really poor,” Mayor Collins, who met Bus Eireann executive Blaithin McElligott this week, said.

And he has even floated the idea of holding a major public meeting at City Hall.

“Limerick City Council has never been a great friend to public services initiatives. We find it ironic that Senator Maria Byrne is one of the people leading the charge on this when nine years ago, she opposed the introduction of a bus lane along O’Connell Avenue,” he explained.

On top of this, there are twice hourly services to Shannon Airport, as well as Expressway services around the country.

- For full coverage, see the weekend editions of the Limerick Leader