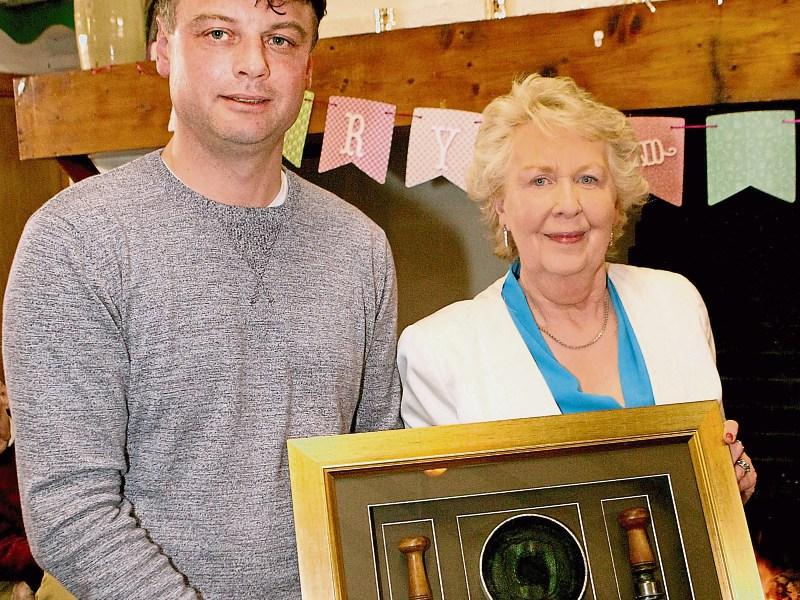 THERE is a lot of talk of rural communities slowly dying but community spirit is alive and well in Dromkeen.

Two huge personalities and servants to the area have retired in recent weeks and locals were not going to let them go without it being marked.

Mary McKenna stepped down as postmistress after 50 years working in the Post Office.

And the oldest sacristan in Ireland – 91-year-old Mikie Riordan – gave back the keys to Dromkeen church. He and his late wife Nancy have looked after St Bridget’s Church since 1974.

A committee under Kilteely Dromkeen Cloverfield Community Council held an appreciation night in The Teach for the two of them on Saturday night.

Robert Holmes, one of the organisers, said even though the road conditions were bad they still had a full house.

In the last few weeks, Mary noticed that one of her wooden stamps went missing. Then a second one disappeared. And lastly her ink pad went AWOL. But she was reunited with them on Saturday as the committee had put them together in a beautiful framed presentation that she will hang with pride on her wall.

Robert said Mary stands for so much in the locality and surrounding parishes.

“In one sense she was the local agony aunt. You could equate it to a death because people won’t have the same opportunity of meeting her now that the post office is closed.  They won’t know where she is going to be from one day of the week to the next to call in to say hello. They have lost that opportunity,” said Robert.

Mary was also given a piece of jewellery as a small thank you for all she has done behind that small counter attached to a thatched cottage.

Robert jokes that Mikie is almost part of the furniture of Dromkeen church at this stage. The 91-year-old is as fresh as a daisy and Robert said he really enjoyed the night in Cloverfield. 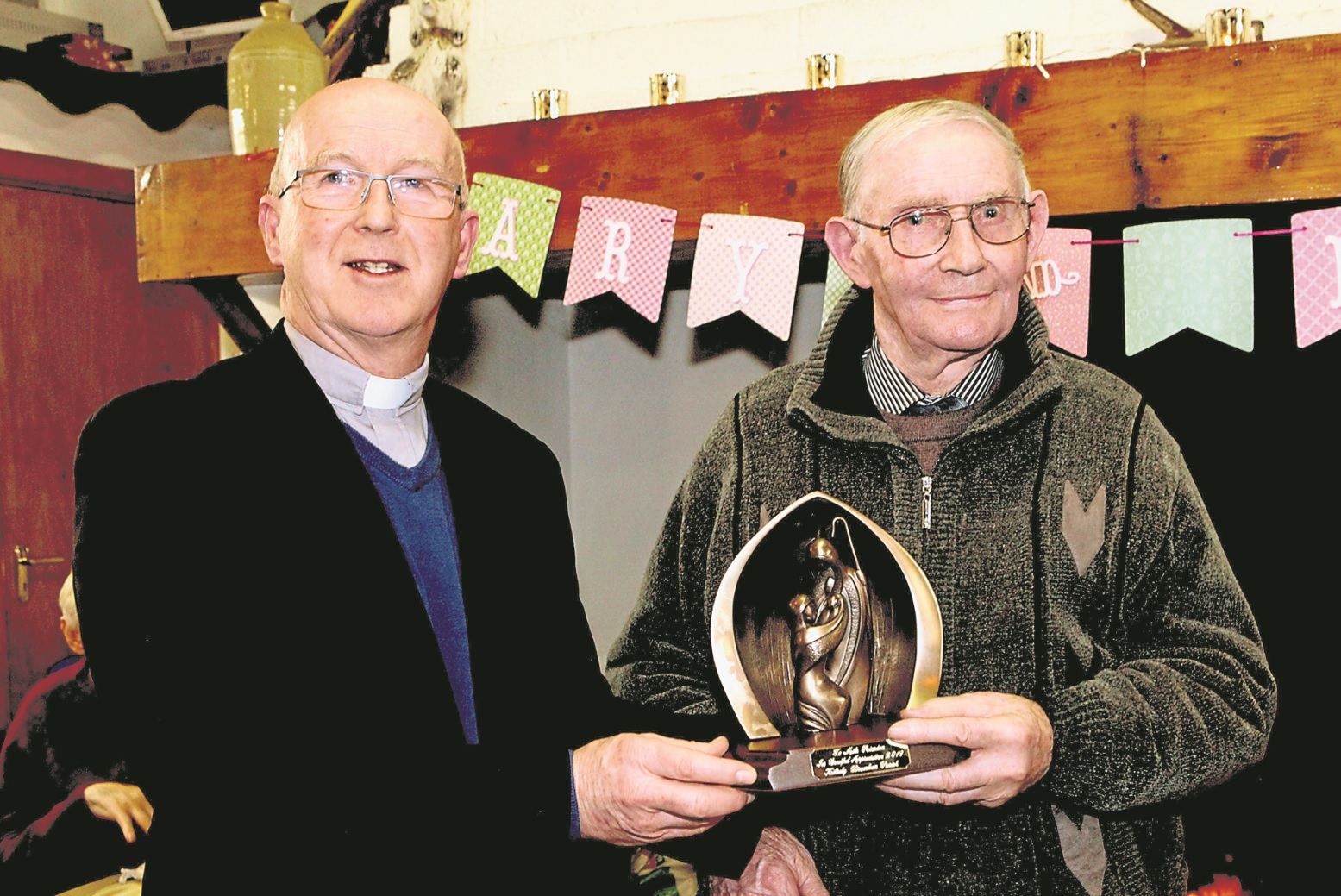 “So many people came up to him and thanked him for all he and his late wife Nancy did for almost 50 years. Fr Joe Tynan gave a lovely gift to him,” said Robert.

The parish priest of Kilteely-Dromkeen gave Mikie an all year crib which symbolises the fact that sacristans open and shut the doors of, and look after the church 365 days a years.

In last week’s Limerick Leader, Fr Tynan made reference to the fact that it is only in more recent times that the bells sound automatically.

“The Angelus bells was one of the big ties to being a sacristan because they had to be rung twice a day at noon and at 6pm every day of the year,” said Fr Tynan.

Mikie was also presented with a watch by the committee.

The fire blazed in The Teach while hot tea was drunk and conversation flowed. In this modern era it was a return to olden times. It wasn’t long before local musicians – for which The Teach is famed  – pulled out tin whistles and an accordion.

“It finished a fantastic evening off on the right note,” said Robert. Despite the bad night nobody was in a hurry to leave.

And while Mary and Mikie may be retiring from their respective positions their appreciation night has sparked something new in the parish.

“There was a brilliant crowd. Everyone seemed to enjoy themselves. It has been said by many people we should try and organise a similar event to try and get the community out and socialise with each other without the negativity of funerals. We have spoken about it and hopefully in the next few days we’ll see if we can put something in place later on this year or next year,” said Robert. So Mikie and Mary’s proud legacy, built up for close to 100 years between them, is set to live on in Dromkeen.

See page 37 of L2 for more photographs from the night