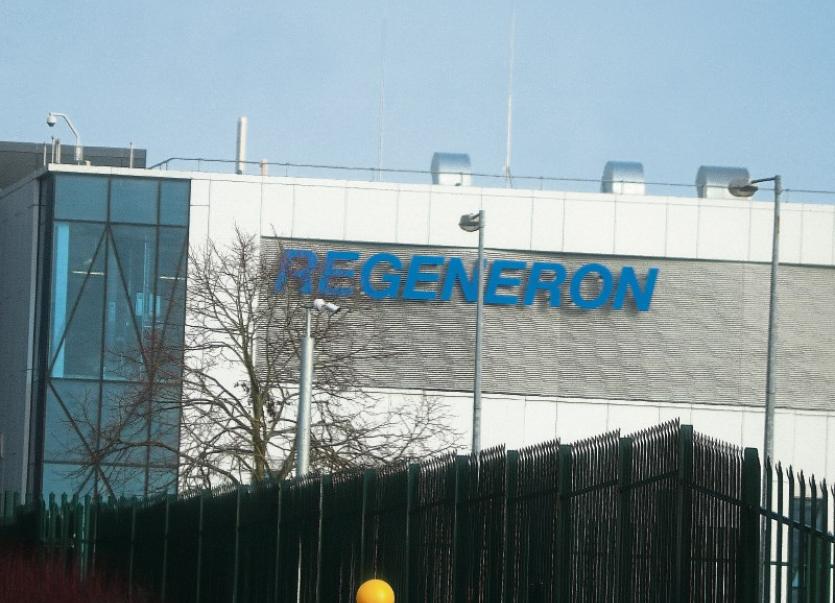 Regeneron’s latest expansion is likely to bring its headcount to well over 1,200 people in Raheen

AS Regeneron continues to expand in Limerick, the city needs to keep pace with its bus services and other infrastructure.

That’s the view of Mayor of the City and County of Limerick Cllr James Collins, who welcomed the news that the biomedical firm is to pump another €200m into its Raheen operation.

The company’s local boss has this week revealed the firm is planning to expand its Limerick site by 240,000 square feet, an expansion of more than 50%.

The move is expected to lead to hundreds more jobs.

“We need balanced growth between the cities, so I hope Regeneron’s €200m investment stirs the government to back Limerick with state funding for a complete overhaul of our transport network. We began consultations before Christmas with consultants who have been engaged to develop a transport plan for the Limerick and Shannon Metropolitan area. We need a radical reimagining of our transport network connecting the suburbs to the city,” said Mayor Collins.

Already, new bus connections are being planned for Mungret, as well as a park-and-ride in Castletroy.

But Mayor Collins wants the city to go further.

“Limerick needs to plan now for the transport system we will need in five years time if we continue to grow at a rate of 3,000 new jobs a year. We want an ambitious future-proof transport plan and we want the Government to back us and prove it is serious about promoting balanced growth of the regional cities,” he added.

So far, Regeneron has spent more than €1bn on its Limerick site over the past five years.

And according to Mr O’Leary, the firm has “not finished spending.”

According to a report in the Sunday Business Post, Regeneron also plans to construct a building with “state-of-the-art facilities for research and development”, and an 800-space, multi-storey car park.

Regeneron creates medicines for health problems such as allergies, eye diseases and cancer.

Senator Kieran O’Donnell has welcomed the commitment by a firm which already employs 800 staff and 400 contractors at the former Dell manufacturing facility.

“This major expansion plans by Regeneron at its Raheen facility is great news for us here in Limerick. It is a serious vote of confidence in what we offer here, in terms of workforce, third level institutions, connectivity and quality of life,” he said.

“I wish to congratulate all at Regeneron on this milestone. The 60% facilities expansion plans for Raheen, involves a large number  of further high-end jobs. In a relatively short space of time, Regeneron has already made a significant contribution to our city and region. This new investment plan by the company further demonstrates their strong commitment to Limerick and is most welcome by us all.”