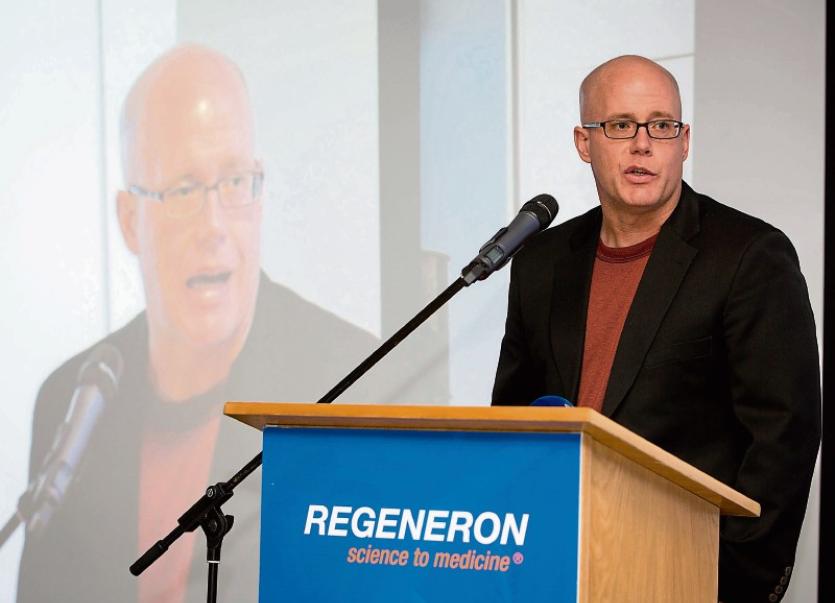 HUNDREDS of new jobs are coming to Limerick city, as biotech giant Regeneron is planning to pump an extra €200m into its operations in Raheen.

So far, Regeneron has spent more than €1bn on its Limerick site over the past five years. And according to Niall O’Leary, of Regeneron Ireland, they “have not finished spending”.

According to a report in the Sunday Business Post, Regeneron also plans to construct a building with “state-of-the-art facilities for research and development”, as well as an 800-space, multi-storey car park.

The two mayors of Limerick have both welcomed the news of Regeneron’s investment plans.

Mayor of Limerick City and County, Cllr James Collins described it as “fantastic”, adding that the money they are investing in the Raheen plant “shows their commitment to Limerick”.

He said that Regeneron has had a big influence in Limerick city and county and in the region. However, he is now calling on the local authority to “provide infrastructure” for the hundreds of new workers who will be travelling via public transport.

Metropolitan Mayor, Cllr Daniel Butler said that it is a “great signal” that “something special must be happening” in Limerick.

“When Regeneron came to Limerick, I think it was a huge turning point for Limerick city to have a biopharmaceutical company of the calibre of Regeneron, in the top five companies of the world in that area. One of the top companies in the world to work for, full stop.

“To see this level of expansion of Regeneron, I think, is reflective of their commitment to the area, and also the calibre of employees that are available in the region. I think it’s a great signal that we’re doing something right in Limerick,” he said.

Regeneron creates medicines for health problems such as allergies, eye diseases and cancer.