‘Well-known amateurs’: Film stars to tee it up at JP McManus Pro-Am in Limerick 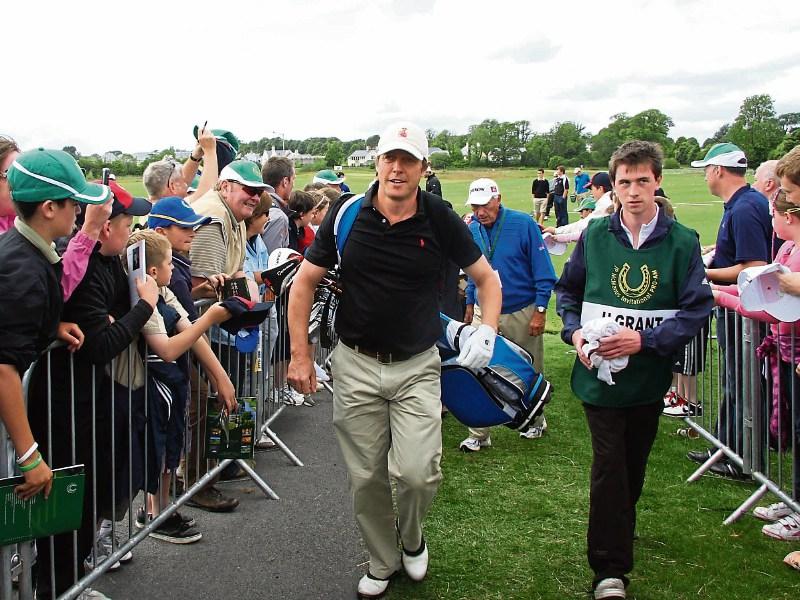 Hugh Grant is returning to Adare to play in the JP McManus Pro-Am in 2020 having playing in 2010 Picture: Michael Cowhey

FILM stars Mark Wahlberg and Hugh Grant have confirmed they will tee it up at the JP McManus Pro-Am at Limerick’ Adare Manor next year.

The event will take place in July 2020 and the a host of top professionals will take part, including Tiger Woods and world number one Justin Rose in a world class field, but organisers have confirmed this Wednesday that they would be joined by “well known amateurs” Wahlberg and Grant.

Notting Hill star Hugh Grant played at the last staging of the event in the Manor in 2010.

Many leading professionals will join us at @TheAdareManor next year, and some well-known amateurs will join them! @HackedOffHugh & @MarkWahlberg have confirmed they'll tee it up at #JPProAm2020.

The well-supported event takes place on July 6 and 7 at the Tom Fazio redesigned course, with charitable organisations in the Mid-West to benefit from the Pro-Am, which has raised over €100 million since it was first held in 1990.

Rory McIlroy, Shane Lowry, Pádraig Harrington and Paul McGinley are all already confirmed as taking part. McGinley has described the event as the “best event of its kind in the world”.

“I have been fortunate to have played in all the Pro Ams JP has had and I think this one will be the best one yet.

“It is as good as it gets. In terms of Pro Ams anywhere around the world, it is the best Pro Am in the world. That is the bottom line,” McGinley said, speaking at the launch of the event in April last year.

Samuel L Jackson, who also played in 2010, said recently that he wants “to go back to Limerick and play that course again”.

The course, which has been visited by a host of celebrities including McIlroy, NFL superstar JJ Watt and Robbie Keane, was named as one of the top 18 golf resorts on the planet last year by GolfScape, a website that helps people plan and book golf resort getaways across the world.

It is very much in the running also to stage the Ryder Cup in 2026.

The course, along with the Adare Manor Hotel, recently reopened after an extensive refurbishment which earned the hotel the prestigious ‘Global Hotel of the Year’ award in the Virtuoso ‘Best of the Best Awards 2018’ in Las Vegas.

Tickets for the Pro-Am are on sale now.