Paul McGinley: 'JP McManus Pro Am best in the world' - Limerick should be proud of him 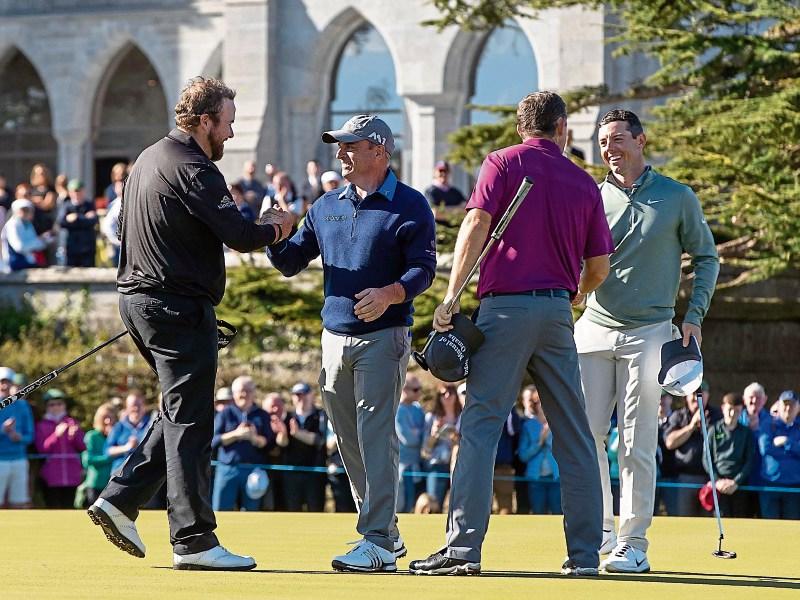 FORMER Ryder Cup winning captain Paul McGinley says the JP McManus Pro Am is the best event of its kind in the world.

Speaking at the launch of the sixth JP McManus Pro Am which will take place at Adare Manor on July 6 and 7, 2020, McGinley said Limerick should be very proud of what the Pro Am host had done for the local community.

The most recent Pro Am in 2010 attracted 80,000 spectators over two days to watch top class competition and helped raise more than €43.7 million for the designated local charities in the Mid-West region.

Paul McGinley said: "I have been fortunate to have played in all the Pro Ams JP has had and I think this one will be the best one yet.

"It is a high standard as everyone knows, but no doubt when everyone comes over here and they showcase Adare Manor it is going to go to another level.

"It is as good as it gets. In terms of Pro Ams anywhere around the world, it is the best Pro Am in the world. That is the bottom line.

"It is something everyone wants to play in. It is at a great time of the year, middle of the summer, a lot of the Americans are over here getting ready to play in the Open Championship and there is no doubt it is going to be a cracker.

"With JP personally, I think it is his humbleness that stands out for me more than anything else. For me, his passion too, his passion for Limerick, he wears the Limerick logo wherever he goes throughout the world. He is very proud of where he comes from, he has never forgotten his roots.

“I know the people of Limerick are very proud of him and rightly so. We, as Irish people are very, very proud of who he is as well and how he represents Ireland around the world

Four-time Major winner Rory McIlroy added: "I think the money being raised for Charity is the most important thing about the Pro Am over the two days.

“I played in the Pro Am in 2010. I was 21-years-old at that point. I was still learning about the ways of the world, I guess, and I hadn't spent much time in the company I was keeping that night and when you see some of the action prizes going for €500,000, a €1 million.

"I think they raised over €50 million that weekend. All of that goes to so many good causes. To get Tiger Woods over to play, to have all the top players in the world here, I think it speaks volumes of JP, the McManus family and what they mean to golf and to this community, this country.

"That is a very big part of it and if we all come and help in any way to make it a little bit better, we are happy to do that.

Shane Lowry had turned professional a year before the 2010 event was held.

Recalling the 2010 Pro Am, he said: "I just remember getting invited to play and coming down, the hospitality here was second to none. It was unbelievable.

"And the crowds. I think JP himself had to go to the gate to tell them not to let any more people in because there were so many people here. I think there may have been 40,000 here one day.

"I remember the atmosphere and the way JP and his family looked after people down here, it is second to none.

"Limerick should count itself very lucky that JP McManus is from here and has done this to Adare Manor. We are very lucky to be friends of the McManus family and they look after us so well.”