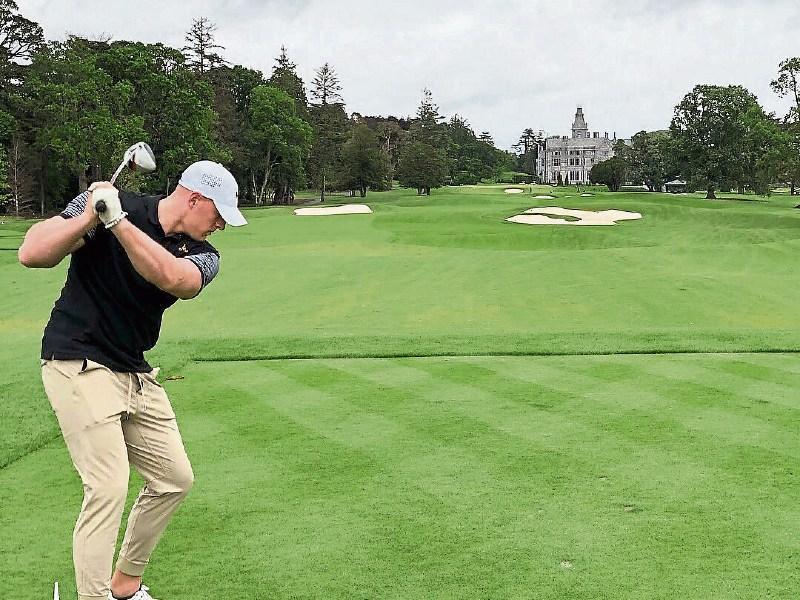 A SUPERSTAR of American football has said that Adare Manor is “one of the most beautiful places” he has ever been, following a stay in Limerick for a wedding.

JJ Watt, NFL player with the Houston Texans, played a round on the Golf Course at Adare Manor during his stay at the luxury resort, nestled in the west Limerick countryside.

This Monday, he tweeted his approval of the course to his 5.48 million followers:

“Adare Manor. One of the most beautiful places I’ve ever been and probably the nicest course I’ve ever played. (I’m not just saying that because I shot my best round ever)”

Watt shot a credible 94 on what is considered one of the hardest golf courses in Europe.

Adare Manor.
One of the most beautiful places I’ve ever been and probably the nicest course I’ve ever played. (I’m not just saying that because I shot my best round ever) #ItWasA94#NoShame#YeahMyArmShouldProbablyBeStraight pic.twitter.com/9WS8CFOcC4

Twenty-nine-year-old JJ, originally from Wisconsin, is regarded as one of the best players in the NFL.

This year, he was named on the Time 100 Most Influential list, for his “star on and off the field”.

After Hurricane Harvey, Watt raised more than $37 million for hurricane recovery and delivered water, food and supplies to storm victims.

While in Ireland over the weekend, Watt also played Lahinch Golf Club, which he called an “absolutely incredible course”. He was also spotted out and about in Limerick city during his stay.

The athlete, who is a Defensive end for the Houston Texans, was at Adare Manor for a friend’s wedding on Saturday.

The venue has become a renowned location for weddings, and has already been the setting for Irish celebrity nuptials since the resort reopened six months ago.