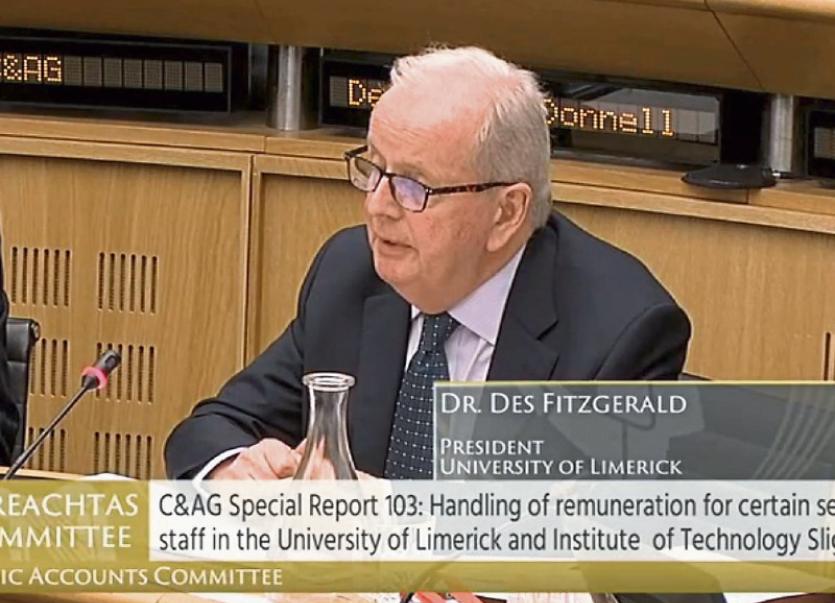 A FULL review of University of Limerick student records system could cost up to €20 million, TDs were told at the Committee of Public Accounts (PAC) this Thursday.

The Limerick Leader revealed earlier today that concerns have been raised over whether potentially thousands of students were given incorrect exam records over many years.

UL president Dr Des Fitzgerald faced questions from committee members over a number of long-running controversies related to the HR and finance departments at the university.

Dr Fitzgerald was also grilled about the reliability of UL’s student records system, after TDs were provided with the details set out in a confidential report carried out by Deloitte in 2015.

Deputies heard that “serious challenges” arising from issues with the university’s QCA system of calculating student results were detailed in the Deloitte report.

The report, which UL has repeatedly declined to release, also estimated that a full review of the system, including a detailed historical review of student records, could cost between €15m and €20m.

A whistleblower, known as Person G and a current employee of UL, has raised concerns over a number of years in relation to weaknesses with the system.

Committee members heard that these issues could have resulted in an unknown number of students receiving “understated” degrees.

“Potentially people have been given results that weren’t the results they achieved.

“What is the institute doing about those concerns that have been raised by Person G?” he asked Dr Fitzgerald.

The president replied: “When I came into the university, one of the first things I did was to meet with the head of IT to ask about our IT systems. He made me aware of a report that was critical of those systems.

“At that point, we put an additional amount of money into IT, spending about €2 million in the first year.

“We did that by stopping some other capital projects that were being planned,” he added.

An internal review of records found that one student had received an incorrect degree, he said. However, a forensic audit has not been carried out on all student records under the system, which was installed in 1998.

In early 2015, the UL executive committee of the university undertook action to ‘re-write’ a part of the system where risk had been detected and added a checking system, Liam O’Reilly, director of IT at UL, told the committee.

That system has been used to check the results from every semester since, he added.

“Since that report has issued, there have been significant actions taken to deal with aspects of the data issues.

“The specific focus has been on the processing of active students to ensure the integrity [of their results],” Mr O’Reilly said.

“There’s multiple strands to the project,” he told TDs. “It's complex, it’s large. We’re under way, we’re engaged in it.”

For more on UL’s appearance before the PAC, stay with limerickleader.ie