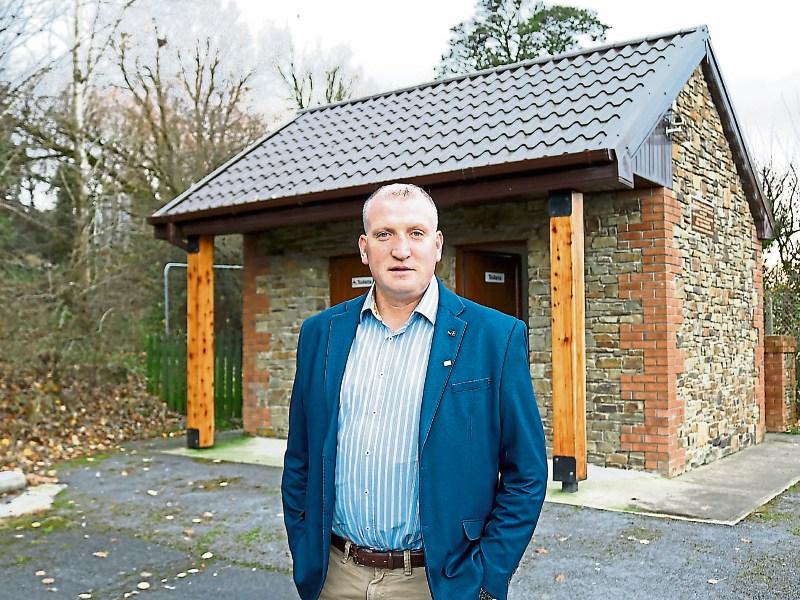 A SECTION of the Town Park in Abbeyfeale will have to be fenced off because erosion has swept away part of the riverbank, local councillor Liam Galvin, FG, has warned.

“I really don’t know what the answer is,” he continued.

But the council has told him that it will not be carrying out any work along the bank because it does not own the park.

Responsibility for repairs to the riverbank lies with whoever owns the land, i.e. the riparian owner, he was told.

“This problem is only going to get worse,” Cllr Michael Collins FF said when the matter was raised at this month’s meeting of the Newcastle West Municipal District.

And he referred to Eamon and Marie Roche whose terrace garden was swept away by the Feale in November 2017.

“The Roches have saved their house,” he said.

It had cost a “significant amount of money”, he continued, but the money spent was only a “fraction” of what a council survey had estimated.

“There are a lot of unanswered questions,” Cllr Collins continued.

“We let those people down. We got involved and we withdrew. That said, what about the people next door?”

The OPW was carrying out work on the Feale bank further down river in Kerry, Cllr Collins pointed. And he argued that the council should engage with the OPW to see if they could would take on responsibility.

“It is not their problem right now but let’s change that, then we get our TDs involved. We need to change it.” he argued.

And he asked that they seek legal advice on how to bring about that change.

“We need to get a national body or agency to take responsibility,” he said.

“There is money for coastal erosion,” he pointed out.

“We have a problem with river erosion but landowners can’t afford to do what is needed to be done. They are losing land. Somebody has to look after it.”

Minister Kevin Boxer Moran, who has responsibility for the OPW, had washed his hands of the erosion in Abbeyfeale, Cllr Foley added.

“Let’s make contact with the department and thrash it out,” suggested Cllr Collins.

Cllr John Sheahan FG proposed they establish which waterways in the district are the responsibility of the OPW and which are not.

But he also suggested that legal clarification be sought on what the council’s responsibilities and liabilities are.