‘People power’ is needed to park Limerick plan as over 1,000 sign petition 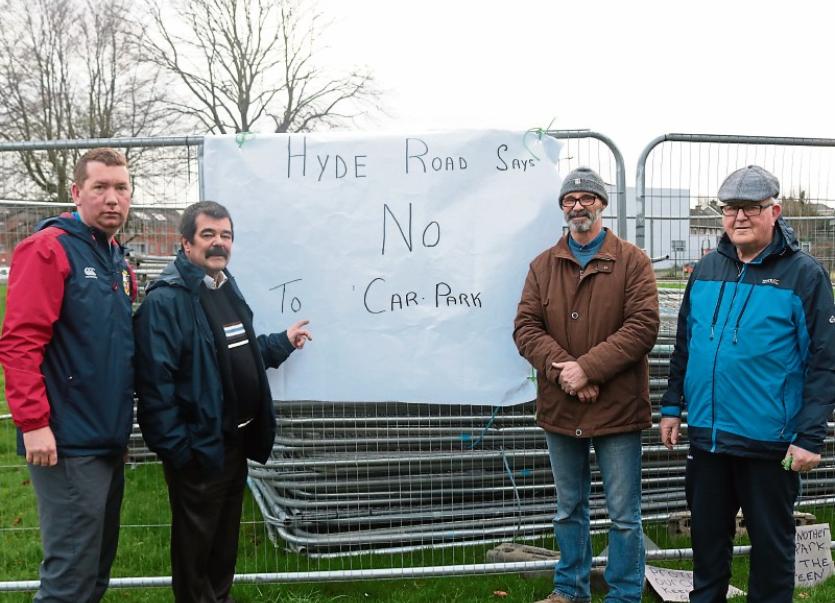 IT will take civil disobedience to stop controversial plans to build a car park at Hyde Road park in Limerick city, a local activist has said.

Noel Hannan is furious with Limerick Council for introducing plans to do away with part of the grassland in favour of parking spaces, and he has pledged to use “people power” to ensure the plan does not get off the ground.

This comes in spite of the fact Limerick City and County Council has already begun to put in place railings and tools in order to commence work on the project, which comes as part of the Parnell Street improvement works.

For its part, the council has pointed out its members have already approved the scheme, and the car park will take up less than 10% of the green-space at the junction of Lord Edward Street and the Hyde Road.

Meanwhile, a petition in opposition to the plans established by Social Democrats local election candidate Elisa O’Donovan had reached almost 1,000 signatures by this Tuesday.

Some 30 people were in attendance at a meeting held at the Hyde Road park on Saturday lunchtime by Ms O’Donovan, who is running in City West.

She said: “We believe we need to value our city’s green spaces, and the enormous health, social and environmental benefits they bring to Limerick and its citizens. We call for greater linkage between Russell Park [Hyde Road] and The People’s Park. This could also include the use of the iconic park kiosk to be used as a cultural hub for the surrounding area.”

Mr Hannan also made the point that during winter-time, the People’s Park closes at nightfall, which can be as early as 5pm, leaving dog walkers with few places to take their pets.

“We say no way,” he said in reference to the plan.

“This is one of the last green spaces in Limerick. Enough is enough.”

A council spokesperson previously said the development will also see the Hyde Road park landscaped to include new footpaths, walkways and shrubbery, with the car park land not in regular use.

Hi Duncan, thanks for your tweet. Car parking will occupy approx. 10% of the area and landscaping will promote use of the currently unused green area. Full public consultation took place as part of the process.