WATCH: Limerick pays poignant tribute to Dolores O'Riordan on anniversary of her death 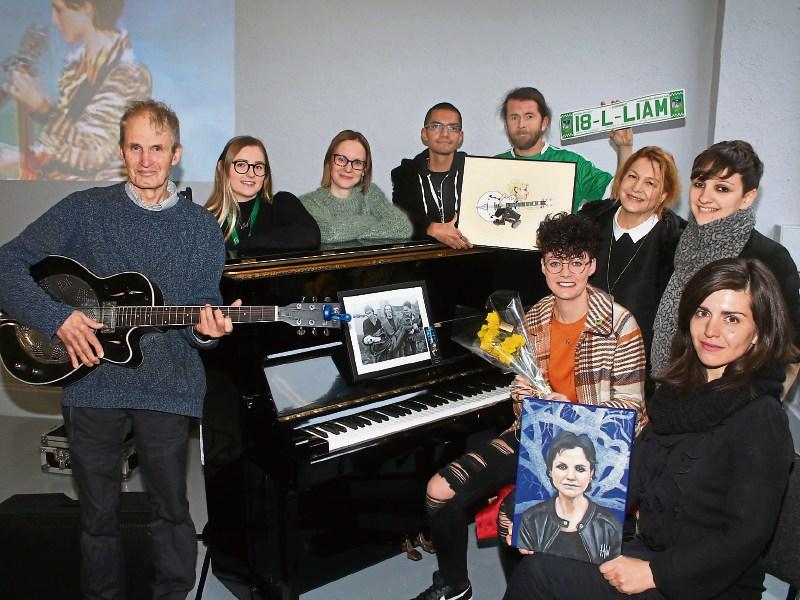 A Piano for Dolores: Musicians and fans remember the Cranberries frontwoman on the first anniversary of her passing PICTURE: ADRIAN BUTLER

THERE were poignant and emotional scenes at Ormston House this Tuesday as Dolores O’Riordan was remembered on the first anniversary of her death.

The Patrick Street venue was packed throughout the day as men and women, young and old, came to share their memories of the Cranberries frontwoman in her home city, with the event named ‘A Piano for Dolores’.

Visitors came to Shannonside from across the world, while there were a large number of local people sharing their thoughts, and entering their tributes to the Ballybricken lady in a special book.

Organised by Mark O’Connor, Ennis Road, Stefania Bardi and Limerick City and County Council, the piano was the focal point of the room, while it was also adorned with images of Dolores and the Cranberries, plus lyrics from some of their most famous songs.

On top of the piano sat a daffodil, with the famous picture of the Cranberries – captured by former Leader photographer Dermot Lynch – when they first signed to Island Records.​

There was a poignant atmosphere today in @OrmstonHouse as many remembered the late Dolores O'Riordan on her first anniversary. Here, organisers Mark O'Connor and Stefania Bardi play the @The_Cranberries classic Linger #PianoForDolores #DoloresORiordan @Limerick_Leader pic.twitter.com/L3rxkaf8J7

Throughout the day, videos of the Cranberries performing were projected on the bare walls of Ormston House, while there were several opportunities for people to take to the piano to perform some classics from the group.

City centre musician Rachel Prior said: “Dolores put Limerick on the map musically. A lot of people tell you that because you’re from Limerick, it’s not going to happen for you. But she was a prime example that it can happen. She was a very real person, always herself. She never tried to be someone she wasn’t.”

Paul Russell, Rosbrien, came to the event armed with a song he wrote in memory of Dolores O’Riordan.

Titled simply ‘I wish Dolores was still here’, he took many lines from existing Cranberries songs.

“She is probably the most important artist we have ever had, or probably ever will have more than likely. She has been around the world, travelled everywhere. I remember being out in America and looking through the LPs in a record shop and there she was. You have no idea of her reach until you go travelling,” Paul added.

The fact Paul wrote, and performed the song in memory of the superstar, was something particularly pleasing for organiser Mark.

He said: “It’s been nice to feel people’s response whether it is the fondness for the tune that is on at the time, or looking back at her lyrics and portraits. There is a lot of warmth still there.”

Mark added: “I’m glad we did something. We couldn’t let the day go by without it. When someone passes, a year later the family gathers, friends may gather, but it dissipates with time. I don’t think that’s something which should happen with Dolores.”

Piano for Dolores lasts until 9pm this evening at Ormston House, and all are welcome to attend.