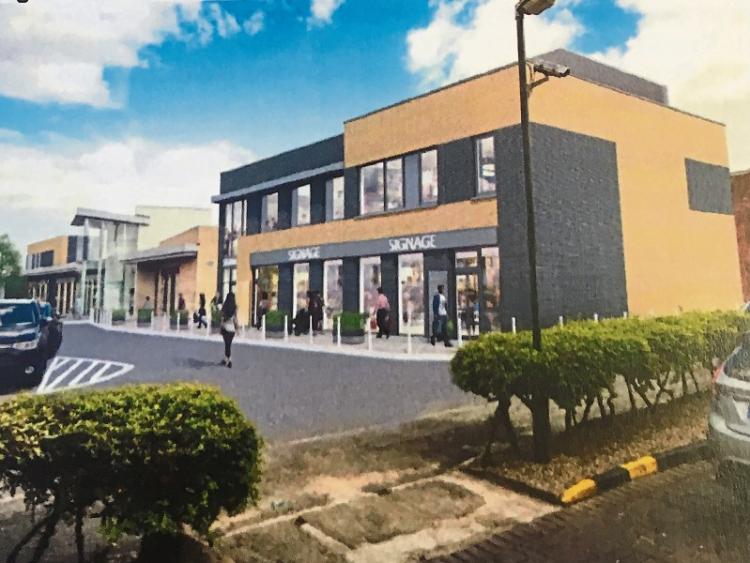 THE CRESCENT Shopping Centre in Limerick is seeking the green light to add to its “Restaurant Quarter” masterplan after a proposal was submitted to construct a two-storey restaurant and community hub complex.

And if granted by the planning authority next month, it will be one of the biggest extensions to the site since its massive expansion in the naughties.

Submitted by Liffey Blue Arc Unlimited Company on December 18, the proposed standalone unit would be located on the right side of City Mall entrance, adjacent to Milano’s and Subway, and near McDonald’s.

It is not known yet if a new tenant has been secured for the restaurant unit. The Limerick Leader made a number of attempts to contact Liffey Blue Arc and the Crescent Shopping Centre this week.

According to planning files, seen by this newspaper, the proposed community room will “allow for a range of community-based uses”, and it will be made available to local clubs and societies in the Dooradoyle area.

“It is also proposed that the community room will be used for one-off and seasonal events that will appeal to various sections of the community.”

The planning file also stated that the space may also be used for “one-off occasions”.

“This may include the broadcast of key sporting or cultural events for patrons within the community room,” it said.

As part of the development, if granted, eight car parking spaces will be removed and outdoor seating will be installed.

While local businessman and Mayor James Collins acknowledged that jobs will be created, he said:

“City Hall and city planners need to make a decision as to where are businesses are going to be. A lot of the retail businesses have left the city centre for the suburbs and now we see, increasingly, more and more hospitality businesses being set up in the suburbs as well.”