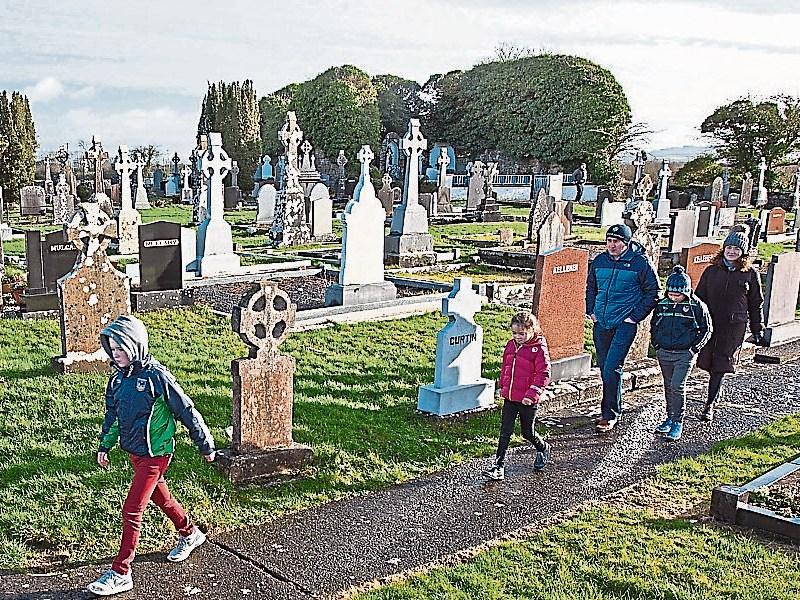 CHRISTMAS doesn’t end in the parish of Killeedy until after St Ita’s Day, which is celebrated each year on January 15.

And next Tuesday will see hundreds of locals and visitors gather to mark the day in the traditional way, “paying rounds” at St Ita’s cemetery and celebrating with the community.

Almost 1,450 years after her death, St Ita and the story of St Ita are  still remembered with great affection in the parish which bears her name, Cill Ide.

According to legend, Ita's name was originally Dorothea or Deirdre. She was a member of the Déise tribe in Waterfrod.  But she refused her father’s wish that she marry a local chieftain, as she believed that she had a calling from God and wanted to become a nun.

To convince her father to change his mind, she prayed and fasted for three days and three nights and at the end, her father Cennfoelad relented.

Bishop Declan, later St Declan, of Ardmore conferred the veil on her and at the age of 16, Ita set off on her journey.

Legend has it that Ita was led to Killeedy by three heavenly lights. The first was at the top of the Galtee mountains, the second on the Mullaghareirk mountains and the third at Cluain Creadhail, which is nowadays Killeedy.

Ita was welcomed to Killeedy by the local chieftain of the Ui Conaill Gabhra tribe and established a community there, which was involved in fostering and in care of the young, the sick and the poor. Sometimes called “the white sun of the women of Munster” or the “Brigid of Munster”, St Ita won for herself the reputation as Foster Mother of the Saints of Ireland. St Brendan the Navigator is said to have spent five years in Killeedy.

Each year, on January 15, visits are made to St Ita’s cemetery where the remains of her church are to be found and where it is said, she is buried. There, the rounds are made.