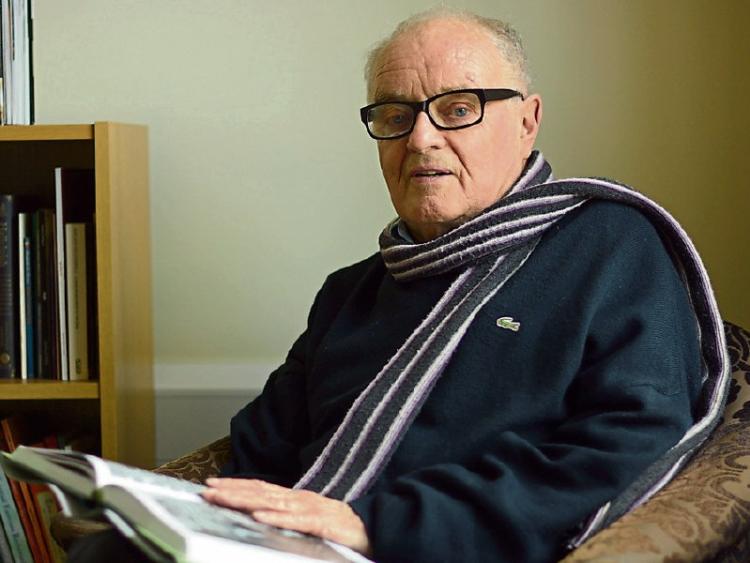 Anthony White with his book Irish Parliamentaries: Deputies and Senators 1918 - 2018

THE first Dail Eireann was elected one hundred years ago this month. It was formally a general election to the Westminster parliament. In most of the south of Ireland it was in fact a contest between the Irish Parliamentary Party (IPP) and Sinn Fein.

IPP for forty years had represented Irish nationalism in the British Parliament. Sinn Fein had won six by-elections in the previous two years and promised that its MPs, if elected, would not take their seats in Westminster. Sinn Fein won 46.9% of the votes and 73 seats, while the IPP with 21.6% of the vote won just six seats, five of these in Northern Ireland

The three candidates elected in Limerick were Michael Colivet (Limerick City), Con Collins (Limerick West) and Richard Hayes (Limerick East) who beat his IPP rival, Thomas Lundon, by 12,750 votes to 3,078. Colivet and Collins were unopposed. The IPP organisation and vote had collapsed and the party was annihilated. Sinn Fein went on to establish a new Irish parliamentary assembly, Dail Eireann, in January 1919.

Michael Colivet, aged 34, was manager of the Shannon Foundry in Limerick. He was commander of the Limerick City Battalion of the Irish Volunteers and was interned in Frongoch after the 1916 rising. He spoke and voted against the 1921 Anglo-Irish Treaty in the Dail. He was re-elected for Limerick City - Limerick East in 1921 and 1922 but lost his seat standing as a republican candidate in 1923. He was a housing inspector in the Department of Local Government from 1945 until his death in Dublin in 1955.

Con Collins, aged 35, was a post office official from Monagea who worked initially in London where he was active in the Gaelic League and the IRB. He was arrested and imprisoned when with Austin Stack he attempted to assist Roger Casement to land in Kerry. He was one of the organisers of the first meeting of the Dail. He was re-elected in 1921 and 1922 for Kerry-Limerick West. Although he spoke and voted against the Anglo-Irish treaty, he did not become involved in the civil war. He was Superintendent of the General Post Office in Limerick from 1927 until his death in 1937.

Dr Richard Hayes, aged 36, from Bruree was a medical doctor. He had worked in a Galway hospital and a Dublin dispensary, and had produced a medical dictionary in Irish. A member of the IRB he fought at Ashbourne in 1916 and was interned in Dartmoor. He was in prison again when elected a TD in 1918. He spoke and voted in favour of the Anglo-Irish Treaty. Elected for Limerick City-Limerick East in 1921 and 1922 and for Cumann na nGaedhael in the seven-seat constituency of Limerick in 1923, he resigned his seat in 1924. In his later career he was the state’s official censor from 1940 to 1954, a director of the Abbey Theatre and became an authority on French -Irish relations and culture. He died in 1958.

In the first hundred years there have been 53 TDs and 24 Senators from Limerick. Fianna Fail has provided 17 TDs and 8 senators, Fine Gael and its predecessor, Cumann na nGaedhael, 16 and 9 senators, Labour 7 TDs and 3 senators, Progressive Democrats 4 TDs and 1 senator, Sinn Fein 4 TDs in the period 1919-23 and one currently, while there have been 4 TDs and 3 senators who have not been members of a party, The longest serving TDs from Limerick have been Michael Noonan (Fine Gael) who has served 37 years, Willie O’Dea and Donnchadh Ó Briain both 36 and Desmond O’Malley at 34.

There were almost thirty legislators who were either born or grew up in Limerick, but pursued their political careers elsewhere. Most prominent of these was Eamon de Valera, who was a dominant figure in Irish political life from 1916 to 1973. This group included Kathleen Clarke, Sean Moylan and James O’Mara in the early years of the state. In more recent times it has included Frances Fitzgerald, Liz O’Donnell, Pat Cox and John Gormley.

Ireland has had a continuous parliamentary democracy since 1919, one of the few states formed after the 1914-18 war which has that record. Limerick has made a significant contribution to the first century of Irish democracy.

Dr Anthony White, a native of Limerick, is the author of Irish Parliamentarians: Deputies and Senators 1918- 2018, published by the Institute of Public Administration.