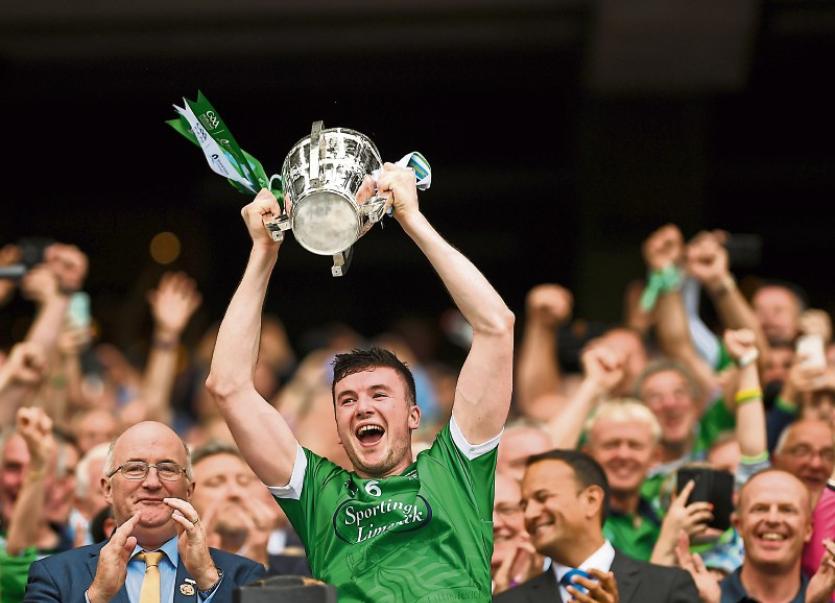 And the programme which looks back on that historic day on August 19 last is the work of a proud Limerick woman, journalist Petula Martyn, from Corbally.

“Tom McGuire, head of RTE Radio 1 heard pieces I did before and after the final, and it was kind of obvious I was from Limerick and he asked me would I do something. It was a labour of love, not work at all because I am from Limerick,” explained Petula ahead of the hour long programme that goes out at 4pm this Sunday, December 30.

Four fans are featured on the programme which concentrates on the day of the final; the build-up and excitement ahead of the match, the match itself and the last eight or nine minutes.

“I was listening back on the commentary and your eyes would be welling up with all the emotion from Marty Morrissey’s commentary - it was brilliant, great fun doing it,” Petula said.

I’m working on a radio documentary for @RTERadio1 on Limerick’s All-Ireland win. Watching the match back this morning to pick commentary clips. Saw this sign in Croke Park - great statistic! They had only minutes to wait that day. pic.twitter.com/2CjdEmbZ6F

“We named it Limerick Pure Proud, because Valerie Lynch (mum of hurling star Cian) was saying during the interview how she was pure proud of her son Cian Lynch and pure proud of all on the Limerick hurling team,” she explained.

Also featuring is Conor Lavery, 7, from Granagh who featured in a preview piece Petula did prior to the final.

“At the time I thought it was a great coup that I got JP McManus to agree to be interviewed, but as it turned out, it was this little boy who won everyone’s hearts, because he said ‘We bate (beat) them in the league; we will bate in the final on Sunday, we’ll bring back the Liam MacCarthy Cup’. He has this little head of red hair. He was great, such a great speaker with such enthusiasm. I tracked him and his mum down and they agreed to allow him to be featured on the documentary,” explained Petula

Young Conor didn't actually get tickets for the match despite being one of the biggest fans but he talks about watching the match and all the excitement of the great win.

“Aine Fitzgerald is in it, not so much because of her Limerick Leader connections but because of her GAA background and she tells a great story,” said Petula.

Also included is Darragh Moloney from Knockaderry who featured in all the local and national newspapers hugging his two sons Cillian and Rian after the final.

Petula also had great fun on the day of the match as her father Noel Martyn, who runs a successful carpet shop near Limerick’s Milk Market is a native of Galway, while her mum Pauline is from Raheenagh.

LISTEN: Here is something for Limerick hurling supporters to look forward to after Christmas.
‘Limerick: Pure Proud’ will be broadcast on @RTERadio1 on Sunday, December 30 at 4pm. https://t.co/3CwxiKlj3E

Limerick Pure Proud goes out on Sunday, December 30 at 4pm on RTÉ Radio 1.