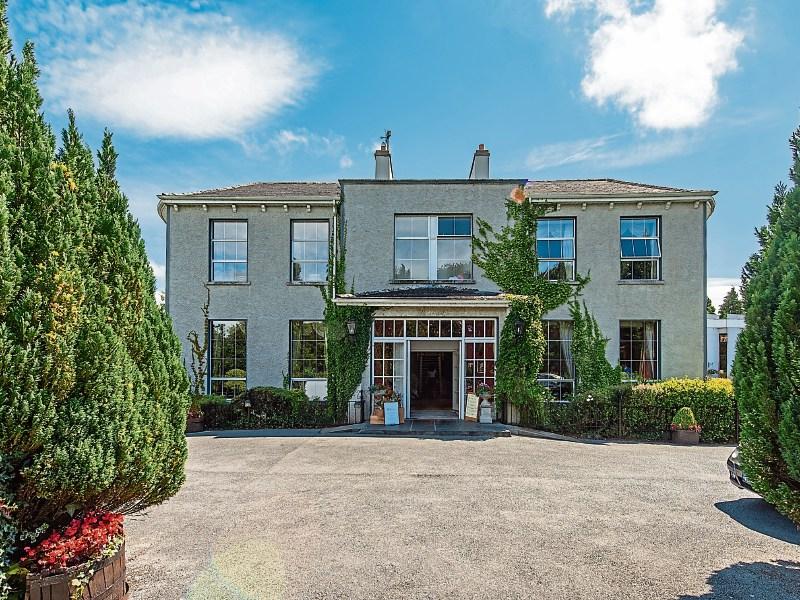 Supermac: Pat McDonagh has done a deal to purchase the Castle Oaks Hotel

PAT McDonagh is a man who doesn’t have much time for a holiday as he has agreed to purchase his second hotel in County Limerick.

The Supermac’s boss exclusively confirmed to the Limerick Leader that he had signed on the dotted line to buy the Castle Oaks House Hotel in Castleconnell. It is understood the sale price is in the region of €3.5 million. CBRE Hotels, who handled the process, were guiding the 64-bedroom hotel on extensive grounds at €2.5m to €2.75m.

Mr McDonagh and wife, Una, already own the Castletroy Park Hotel in Limerick and the Charleville Park Hotel, located a few miles from the county bounds.

“Castleconnell is a coveted area to live in. That is why we see the increased opportunity for growth in the area,” said Mr McDonagh.

The entrepreneur said it is an excellent location beside the Shannon in the picturesque village – and in close proximity to Limerick city.

“It is a nice hotel. We like the location. It is ideal for weddings and functions. We are very happy with it. There is a lot of potential there.  It’s a beautiful old period house that has obviously been converted in to a hotel. There is a lot of history attached to it. We’re delighted,” he continued.

Mr McDonagh said Limerick is on the “up and up”.

“That area of Limerick, the east part of the city is thriving. A lot of new industries and new jobs are being created there. Business is growing in the area - you have Troy Studios expanding, that is creating a lot of jobs. Plassey Business Park is there, the university, obviously, and a lot of major employers like Northern Trust. Limerick is on the up and up,” said Mr McDonagh.

He describes the Castle Oaks as ideal for weddings and functions. The hotel has established itself as a venue for couples celebrating their nuptials. It is understood that by the end of the year it will have hosted 70 weddings in the Stradbally suite, which can accommodate 280 guests.

Mr McDonagh moved to assure those who have weddings booked in 2019 and beyond that it is going to be “business as normal”.

“All bookings will be honoured and whatever price has been agreed with the previous management, we will adhere to that,” he said.

The sale will be now referred to the Competition and Consumer Protection Commission (CCPC).

Mr McDonagh plans a “major investment” into the hotel.

“We probably won’t get possession for two or three months. It depends on the competition authority. Hopefully we will get possession in March and start fairly much straight away. We will be investing to upgrade the facilities over the next 12 months,” said Mr McDonagh.

Dee Ryan, chief executive of Limerick Chamber, knows the hotel well. She celebrated her own wedding there and resides in Castleconnell.

“I’m delighted to welcome this announcement  from Mr McDonagh and his leadership team of their further investment in the Limerick region. The Castle Oaks House Hotel on the banks of the river Shannon is a key economic driver locally, with a trade comprising business events, weddings and international bus tours.

“To get the backing of one of the country’s highest profile entrepreneurs, who has done an incredible job with other hotel properties, is a boost to the regional business community and great news as we come to the end of the year,” said Ms Ryan, who is also a committee member of Love Castleconnell – an initiative and brand set up by the local community to promote and preserve the character of the village.

“Mr McDonagh, renowned for his savvy investments and his innovative approach, has many times stated that he views Limerick as a good place to do business in. With this acquisition of the Castle Oaks House Hotel, on top of his investment at the Castletroy Park Hotel and his multiple Supermac’s outlets, Mr McDonagh has deepened his commitment to the Limerick region as a key hub for his group. We look forward to his investment plans at the Castle Oaks and raising the bar for a property with enormous further potential,” said Ms Ryan.

John Hughes, of CBRE Hotels, handled the sale on behalf of the receiver – Tom Kavanagh of Deloitte Ireland.

“We were very pleased with how the sale went. There was a lot of interest in the Castle Oaks, primarily from existing Irish hotel groups who are expanding their current portfolios. There were viewers on behalf of international buyers as well but they would have been outnumbered by Irish interest,” said Mr Hughes.

Like Mr McDonagh and Ms Ryan, he said Limerick’s reputation was reflected by the number of enquiries.

“A lot of people were looking at the developments taking place with Limerick 2030. The Castle Oaks is only 10kms from Limerick city and it certainly benefitted from the uplift in the city as it is in close proximity to the university, industry and tourism is on the up,” said Mr Hughes.